‘From Russia with Love’

“If he beats you, it means he loves you,” says a Russian proverb which is being used to justify domestic violence and abuse of women and girls in Russia! 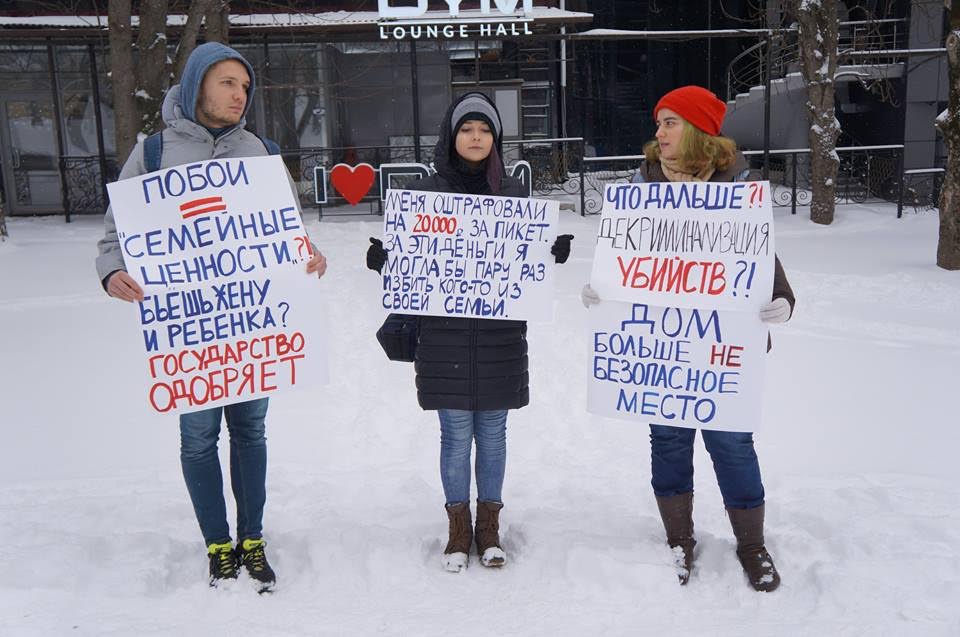 The activists of Moscow YABLOKO Youth joined the campaign holding pickets against the initiative to decriminalize domestic violence by the parliament (http://eng.yabloko.ru/?p=16029). They participated in a rally (http://eng.yabloko.ru/?p=16305) against domestic violence as well.
INLW is shocked and infuriated by the new Russian bill by which Russia’s authorities are turning the proverb into legislation.
On February 7th the Russian President Vladimir Putin indeed signed the bill on decriminalization of domestic violence, which the State Duma and the Federation Council of the Russian had adopted shortly before! This while there was so much protest against the bill by Russians, young and old, men and women and international State personalities.
This is despite the fact that the Russian Federation is bound by the European Social Charter, which requires State Parties to protect women and children against violence. Besides that, Russia as member of the European Council of Europe is one of only three out of 47 member States of the Council of Europe who have neither signed nor ratified the Istanbul Convention “On preventing and combating violence against women and domestic violence”. This Convention is legally binding and criminalizes all acts of physical, sexual or psychological violence within the family and between former or current spouses and partners.
INLW together with Liberal International have been campaigning for the last years to call upon all states to sign, ratify and implement the contents of the Istanbul Convention. INLW and LI have also called upon the UN to work towards the globalization of the Convention of Istanbul.
It is all the more disturbing to see a member of the European Council regressing in its position towards domestic violence instead of progressing in this field!

We therefore stand behind all those opposing this bill.

Russian liberal YABLOKO party protested against the bill decriminalizing domestic violence against family members which suggests that the abuser will not be held criminally liable, but only will be prosecuted in the administrative order [which envisages fines] if he committed beatings of his family members for the first time. Only in case of repeated violence it will be possible to try and arraign the perpetrator on a criminal charge. In its statement (http://eng.yabloko.ru/?p=16367 ) YABLOKO claims that this law will lead to the increase in the number of victims. 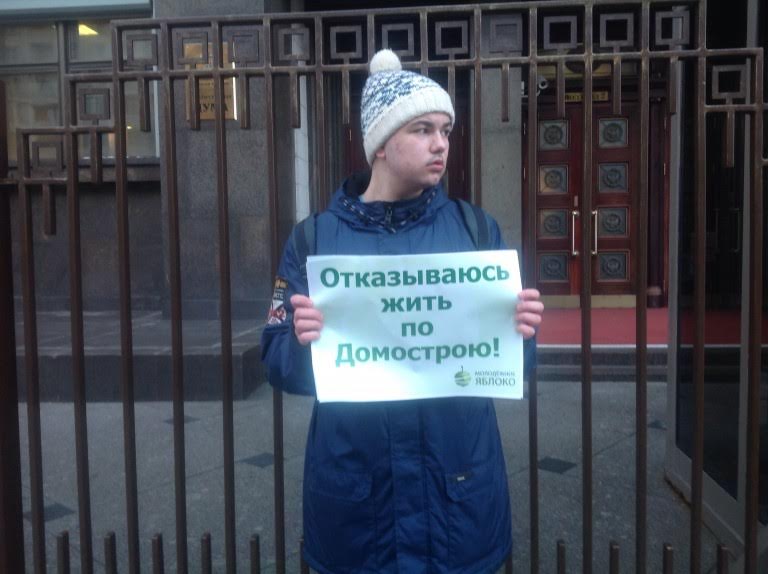 YABLOKO Chair Emilia Slabunova urged the State Duma (the lower chamer of the Russian parliament) that the bill must be turned down and a special law on liability for domestic violence should be passed instead. She also said that the government must create an efficient state mechanism for the prevention of domestic violence, assistance and rehabilitation of victim. (http://eng.yabloko.ru/?p=16042)
Chair of YABLOKO’s Gender faction Galina Mikhaleva claims that this law virtually encourages an assaulter in a family and provides an opportunity for police to refuse investigation of such terrible crimes.
It is not a minor problem in Russia as decriminalization of domestic violence takes place in the situation where 14,000 women die after falling victims of domestic violence every year in Russia! (http://eng.yabloko.ru/?p=16055)

In an effort to raise awareness Deputy Chair of YABLOKO’s Gender faction Olga Radayeva launched a flash mob on the social media against decriminalization of domestic violence calling supporters to share pictures of themselves holding a placard which reads #ЯПротивЗаконаОДекриминализацииСемейногоНасилия
(#I am against domestic violence). 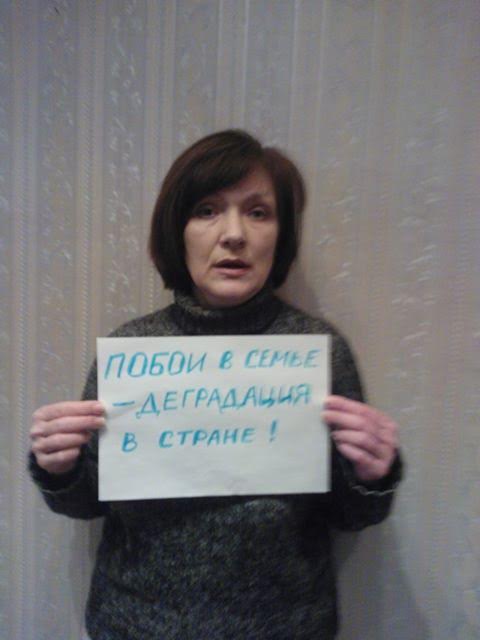 YABOKO Youth in Stavropol conducted a protest action too. (http://eng.yabloko.ru/?p=16299 ) The activists held placards with mocking slogans: “Beatings = family values? Do you beat your wife and children? The state approves of it”, “I was fined 20 000 for a picket. With this money, I could have beaten one of my family members a couple times”.

Earlier Chair of LI Human Rights Committee and LI Vice-President on the Bureau Markus Loening called on President Vladimir Putin not to sign the bill. “Domestic violence is unacceptable under all circumstances. All across the world children and women are suffering beatings by family members. Real men don’t beat their wives or children but protect them from any sort of violence. I call on President Putin not to sign the law. If codified this legislation will serve to further weaken an already deteriorating situation with human rights on the ground in Russia,” he noted. (http://www.liberal-international.org/site/HRC_Chair_Loening_calls_on_Putin_not_to_decriminalize_domestic_violence.html)

LI Human Rights Committee Member, Rosemary Machua, also called on President Vladimir Putin to repeal the law, reminding the Russian state of its obligations under international law. “On behalf of Members of the Africa Liberal Network in the Eastern Africa Region, I call upon President Vladimir Putin to repeal the domestic violence criminalization law and return the bill to the Russian Parliament (DUMA) for review and strengthening of the criminalization of domestic violence,” Ms Machua said. (http://liberal-international.org/site/Russia_must_repeal_domestic_violence_decriminalization_says_HRC_member_Machua.html)
Council of Europe Secretary General Thorbjørn Jagland sent a letter to the Chairpersons of the State Duma and the Federation Council of the Russian Federation expressing his deep concern at the legislation which, if adopted, would decriminalize domestic violence in Russia.
“I call upon you to do anything within your powers to strengthen the right of Russian families to live free from violence and intimidation,” he said.
The physical and psychological abuse of women is an extremely serious crime and an assault on their human rights, Jagland wrote. Domestic violence also harms children, either as its direct victims or as witnesses.
“Reducing ‘battery within the family’ from a criminal to an administrative offence, with weaker sanctions for offenders, would be a clear sign of regression within the Russian Federation and would strike a blow to global efforts to eradicate domestic violence.”
He reminded the Russian authorities of their obligations under the European Social Charter and as Members of the European Council. All is to no avail as yet as the bill was signed into law on 7th February.
YABLOKO is convinced that decriminalization of family violence will increase the number of victims, leaving the abusers without real punishment.
INLW advises Yabloko to try and mobilize the Douma to change their mind and start to comply by international law by working towards signing the Istanbul Convention, where after when they have adjusted the domestic laws to comply with the Council of Europe Convention, they will be able to ratify and implement it, which would save thousands of mostly women an children’s lives a year! 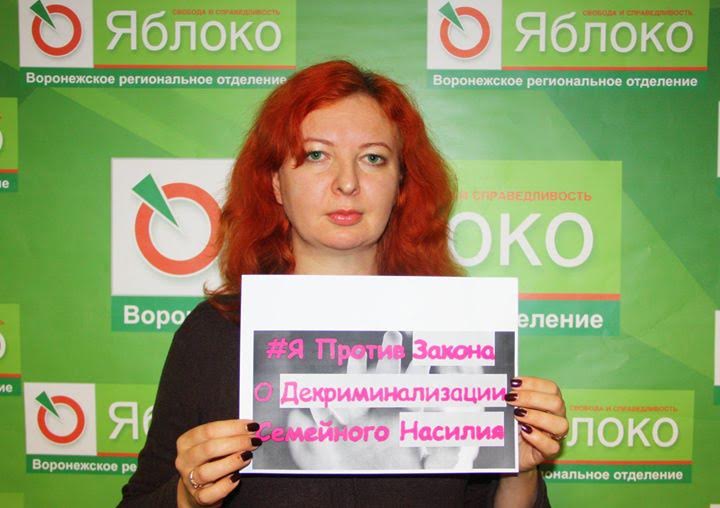 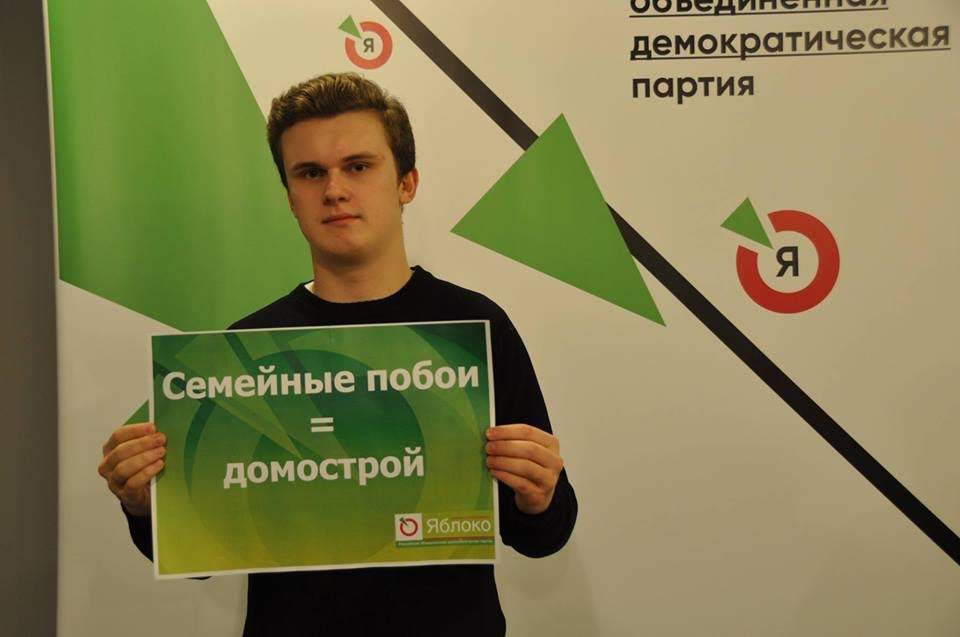 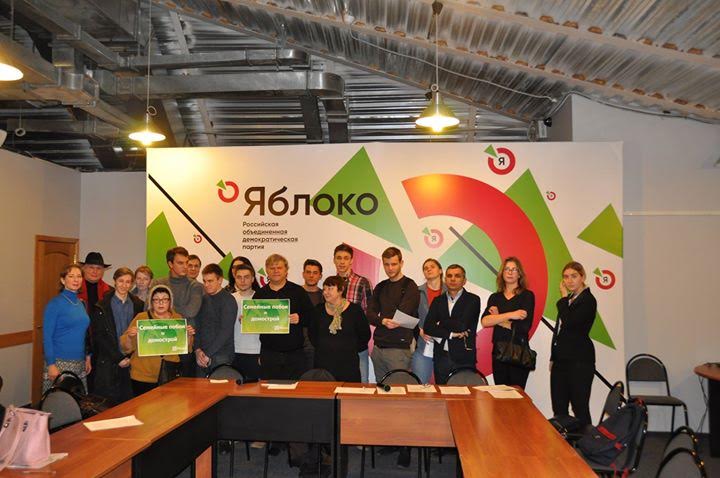 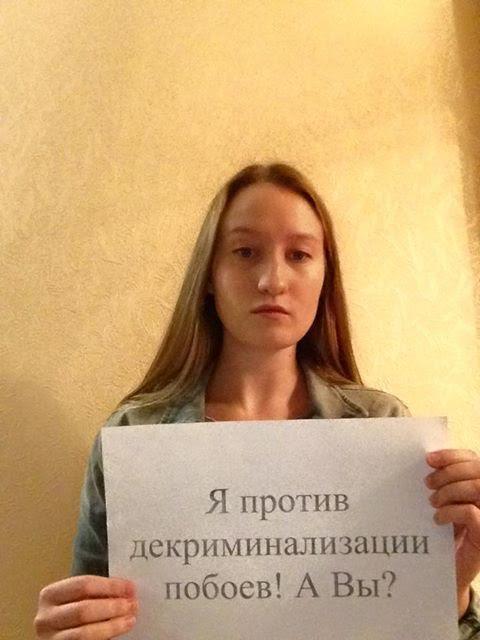 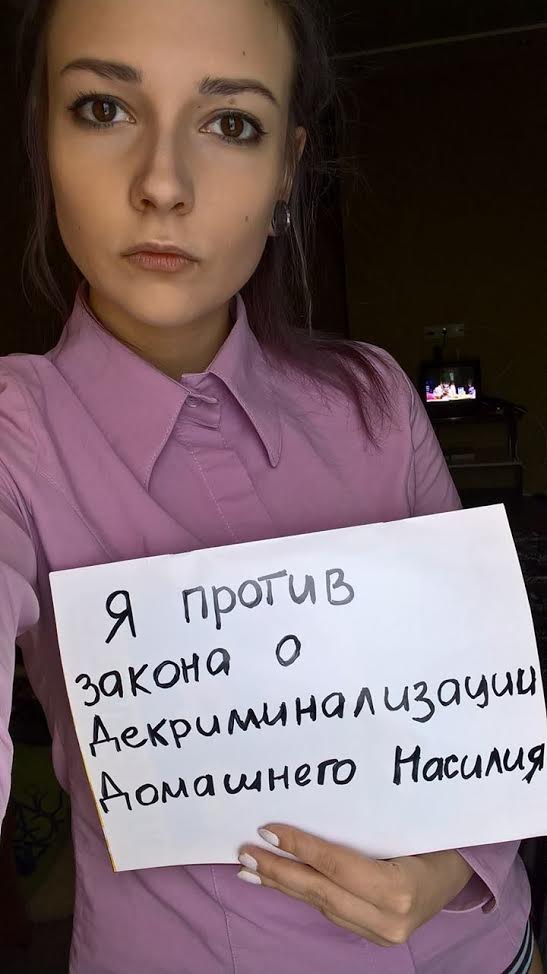 Posted in News of members