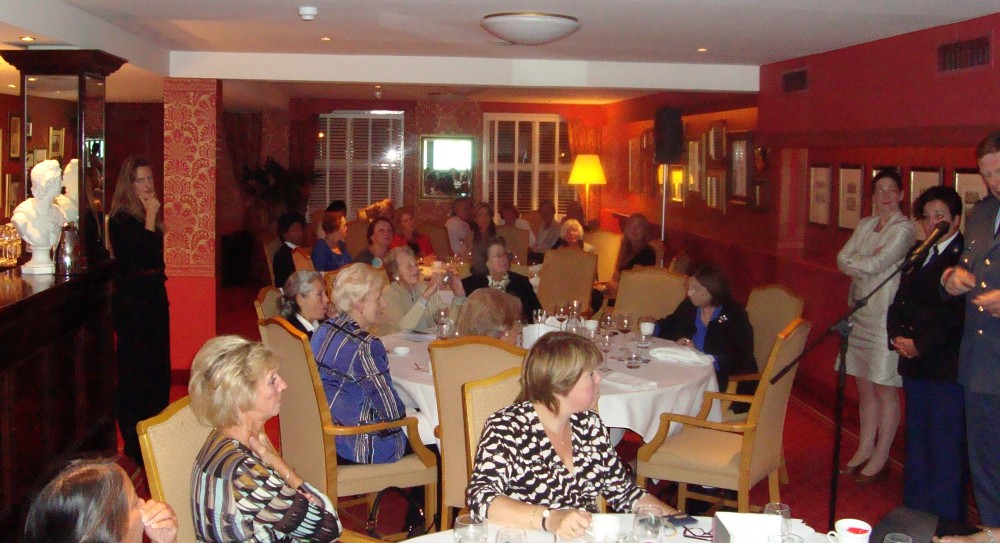 On Monday 16 September at 6.30 p.m. the International Network of Liberal Women (INLW)  organised for the first time in the Netherlands a meeting in the Hague at the Carlton Ambassador Hotel, The Hague. The subject to be discussed was:

“Women’s Role in Peace and Security”

After a welcome drink, where the guests who came from all over the Netherlands could meet each other, one was invited to take a seat at one of the dinner tables.

Margaret de Vos van Steenwijk, President of INLW, thanked those present for taking the trouble to travel quite far to attend this evening.

She welcomed the various speakers and introduced Mrs.  Elisabeth van der Steenhoven,  Director of the Gender platform  WO=MEN based in the Netherlands, who was to give a comprehensive power point  introduction to the topic. She explained the role a country can play, like in the case of the Netherlands, to execute UN Security Council Resolution 1325, on women, peace and security, which was adopted on October 31st 2000. This resolution recognizes that women have an active role to play in conflict prevention, management and resolution of armed conflicts and calls on international peace organisations to involve women fully in conflict resolution, peacekeeping and peace-building. UNSC 1325 also recognizes the existence of specific violence directed against women and girls in armed conflict and its implications for sustainable peace and development. She explained that in the Netherlands all relevant actors, like relevant Ministries, official entities as the police force and NGO’s have signed the National Action Plan, which gives the basis for policy and action on this topic.

The following speakers took up the subject from there. Ingrid De Caluwe:
Dutch MP, VVD, portfolio holder of international cooperation, among others stressed that the Dutch government should keep giving a good example and accomplish all the promises set in the National Action Plan; With other parties in Parliament she will keep an eye on the government so that they keep to their word.

Hans van Baalen: Chairman of the VVD Delegation in the EU Parliament and President of Liberal International, put the subject in the International prospective. He stressed that he himself had also learnt in the years in the different arena’s in which he has worked that policy making is done better by mixed teams of women and men. He thanked INLW for being one those helping him to realise this in the past. 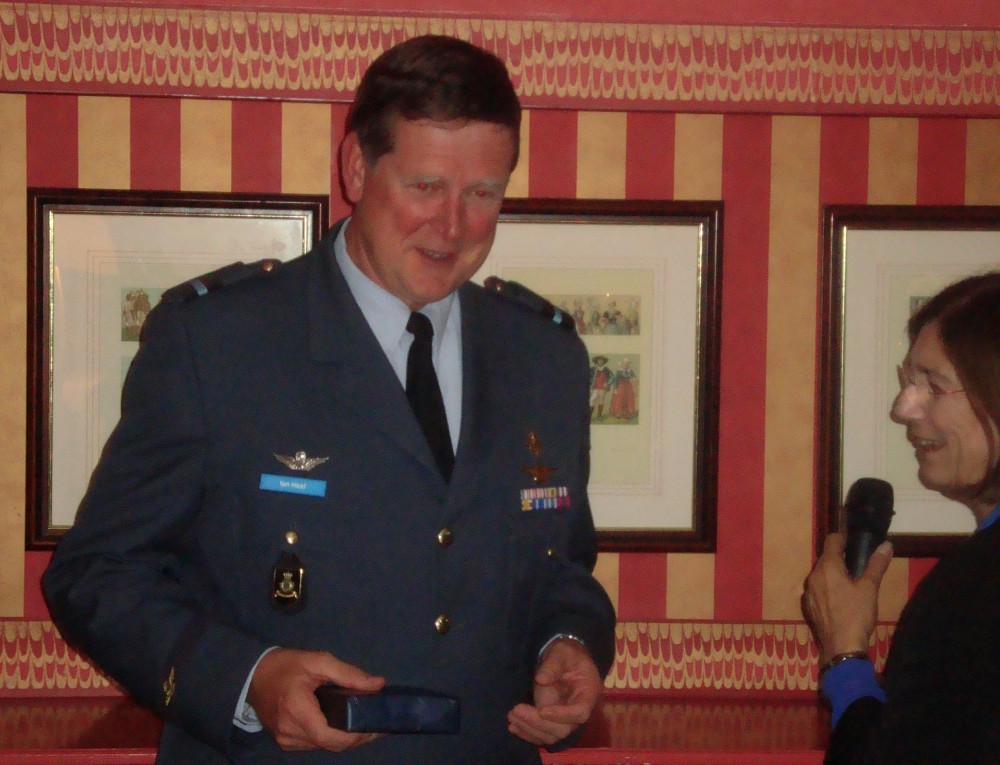 Air commodore Theo Ten Haaf: Deputy Director of Operations at the Ministry of Defence in the Netherlands, presented the Dutch perspective on gender in peace and security operations. In their view women are still under-represented in peace negotiations, mediation and conflict resolution worldwide. Women’s participation in peace building processes is vital in bringing stability and peace for the entire population: men, women, boys and girls. We need female personnel in our mission areas and we need local women around the table. This is essential in achieving our goals, he went on to say; one needs a male’s and a female’s perspective while operating and trying to find the best solutions.

In the 3-D policy in operations: Diplomacy, Defence and Development the Netherlands see women as agents of peace, reconciliation, economic growth and stability. The Netherlands are fully aware of the content, the meaning and the importance of the UNSCR 1325 and have implemented gender into operations from operational staff down to unit level. Gender is embedded during pre-deployment training, in mission planning & execution, in re-deployment and in evaluation.

To the question asked: Has gender made operations effective? The answer is unambiguous: yes! Putting a gender  perspective in operations leads to better and more balanced decisions, increases the credibility and acceptance of the operations, increases awareness by the troops and enhances a better protection. Gender in operation? It has very little to do with equal opportunity. The role of women in peace and security operations is part of the core business!

Joke Florax: Gender Project Manager at the National Police Unit, with experience in Afghanistan with training female police officers, spoke of the inclusion of women in police missions. The results are very positive as far as her experiences were in Afghanistan where she trained Afghanistan police women. The results:
Makes police more approachable; Improves the  information position; Improves de-escalation in conflict situation; Decreases violence and discrimination against women; helps establish role models; gives women uniforms.

Women were trained as officers with high potential as well as in lower ranks. They were able to establish positions for women in the organisational plan.As a result network meetings are held aiming at promoting women in leadership roles during periods of conflict and reconstruction.

The various speakers after dinner reacted on each others input and the attendees developed a good discussion with the speakers.

Margaret de Vos van Steenwijk thanked the audience and each of  the speakers for their contribution to the success of this very interesting discussion dinner.

INLW received many enthusiastic reactions after this dinner: Wonderful speakers and a very interesting and important topic, discussed in a nice setting in a great format. To be repeated!