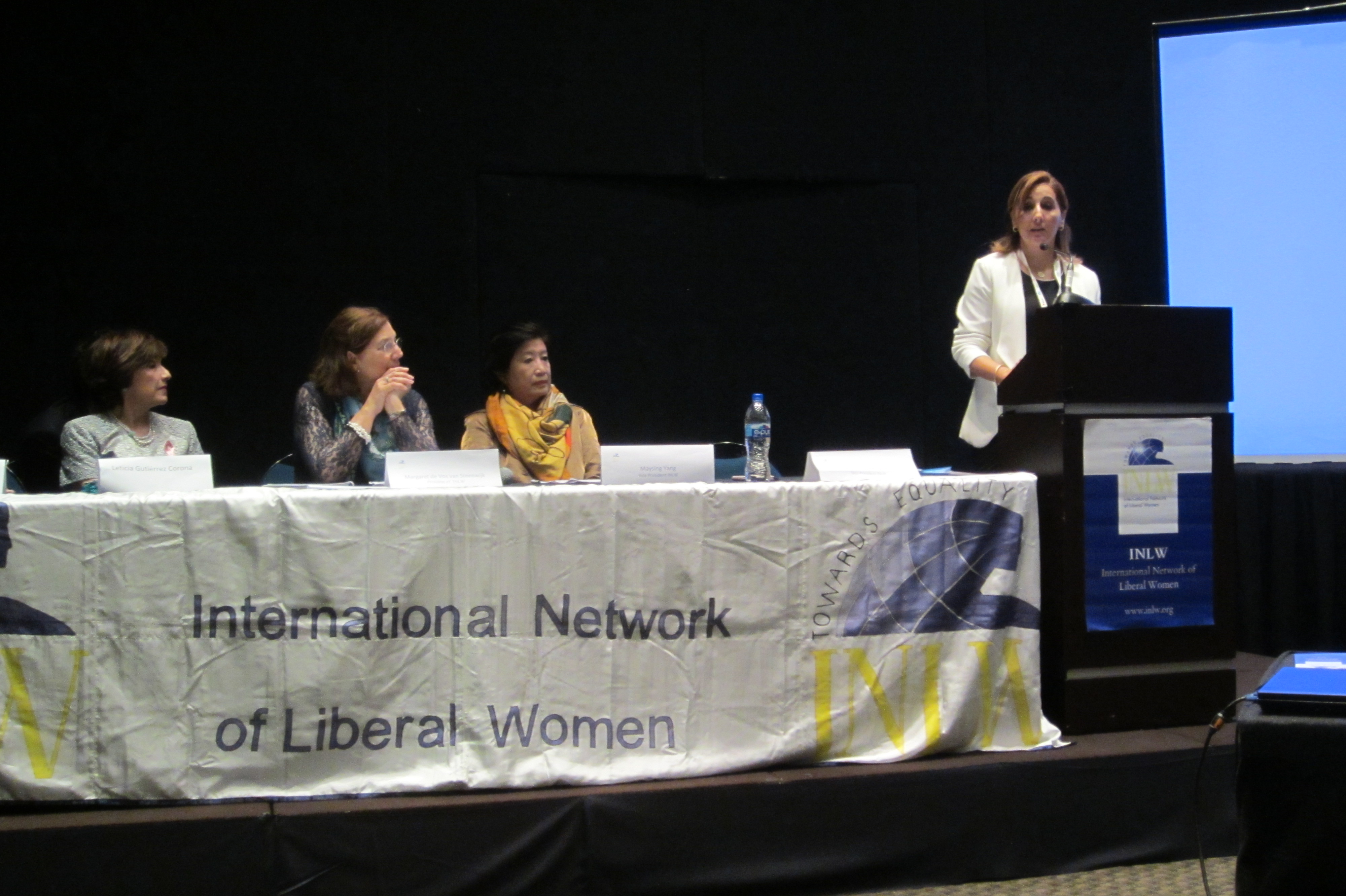 After the General Meeting on 29th October 2015 INLW held a public panel discussion on:

“Violence against women is a world wide disgrace: Will globalizing the Istanbul Convention be the remedy?”

After an introduction by Margaret de Vos van Steenwijk who explained that INLW together with Liberal International are campaigning to globalize the Istanbul Convention. This is the most comprehensive international legally binding instrument on violence against women and girls and domestic violence. It is open for member nations but also nations outside the Council of Europe. We aim to encourage liberal leaders and parliamentarians across Europe and the larger global community to lend their support and positions of power to globalizing this Convention. The social media campaign will be led by #1in10neveragain. This refers to the fact that more than 1 in 10 girls worldwide have experienced forced sexual activity.

Margaret is very pleased to introduce and welcome Signora Leticia Gutiérrez Corona, the National Coordinator of the Women Movement of the organizing partner party of the Liberal International Congress, the Nueva Alianza in Mexico. She is invited to open the floor this morning. Signora Gutiérrez spoke passionately on the Mexican situation. The Mouvement de Mujeres had prepared a draft “Consensus of Mexico”, which she introduced. She was followed by Khadija el Morabit, who spoke of the situation in Morocco and in other countries in the MENA. Maysing Yang from Taiwan shed light on the women’s rights and the violation of these rights by continued cases of violence against women. And Joaquima Alemany gave a description on the situation in Catalonia, Spain. 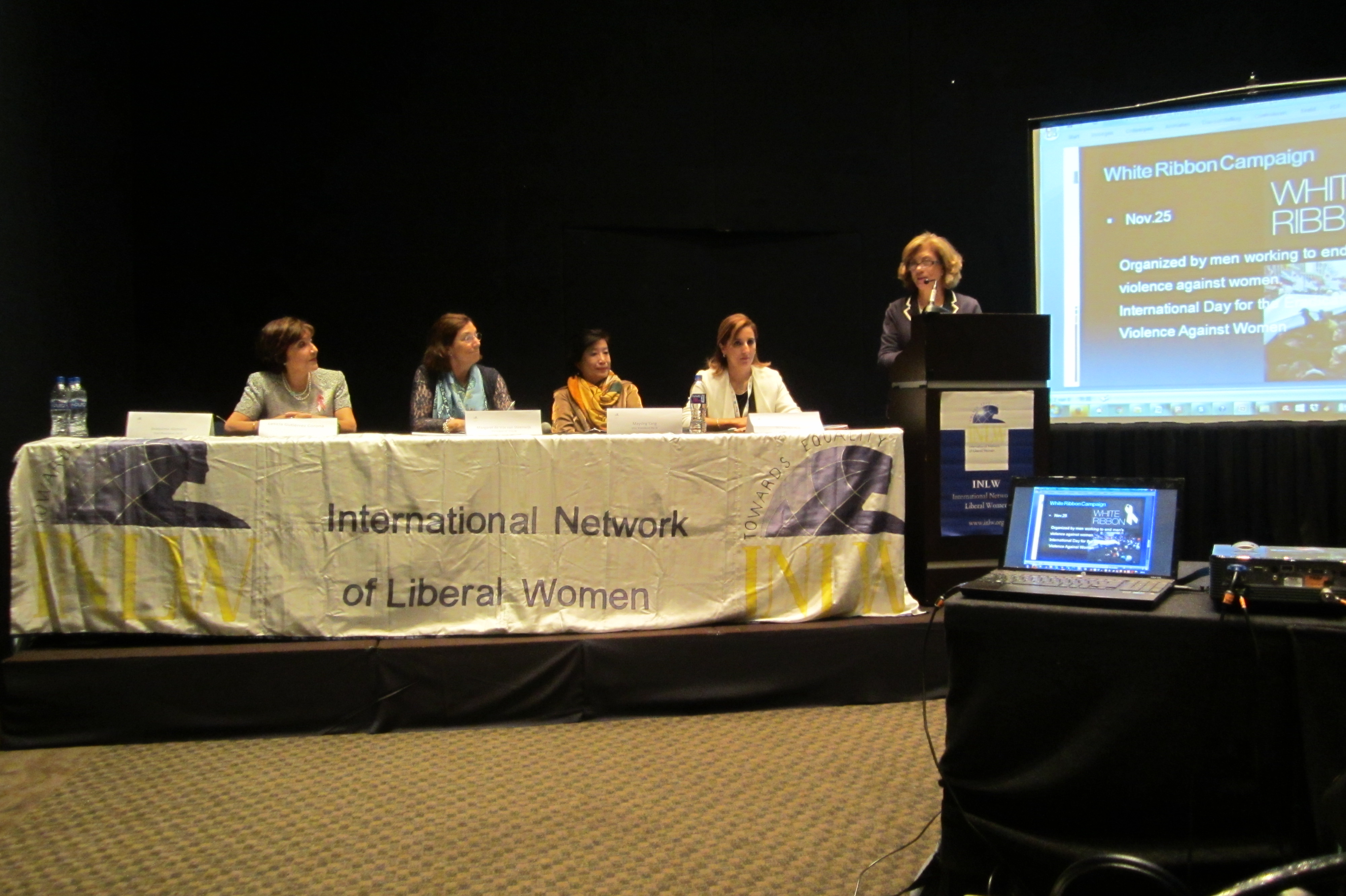 After some Q and A, Margaret read out the Consensus of Mexico, which is a very comprehensive statement on the necessary steps to be taken to gains gender equality and women’s rights in general. She also showed that Signora Laeticia Guittérrez and Dra Patricia Olamendi have published together a comparitive table between the Istanbul Convention of 2011 and The Inter-American Convention on the prevention, punishment and eradication of violence against women of 1994. All present were invited to sign the “Consensus of Mexico” and to ask other congress members to sign this document.

The Mujeres Movement of NA had become a member of INLW before the beginning of the congress and the Mujeres of NA will cooperate together in future.
Dra Patricia Olamendi will start working together with INLW as newly designated INLW Vice President for Latin America. In the next General Meeting she will be nominated by the Board as Vice President.