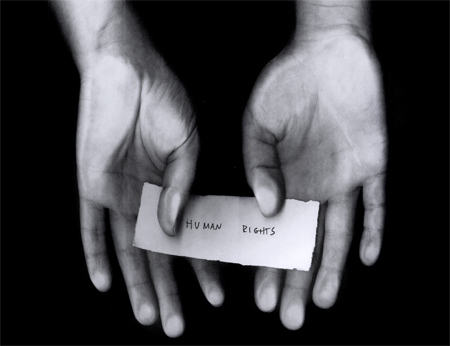 Human rights defenders acting against discrimination, often at great personal risk to both themselves and their families, are being recognized and acclaimed on this day.

Human rights defenders speak out against abuse and violations including discrimination, exclusion, oppression and violence.  They advocate justice and seek to protect the victims of human rights violations.  They demand accountability for perpetrators and transparency in government action.  In so doing, they are often putting at risk their own safety, and that of their families.

Some human rights defenders are famous, but most are not. They are active in every part of the world, working alone and in groups, in local communities, in national politics and internationally.

Human Rights Day 2010 will highlight and promote the achievements of human rights defenders and it will again emphasize the primary responsibility Governments have to enable and protect their role. The Day is also intended to inspire a new generation of defenders to speak up and take action to end discrimination in all of its forms whenever and wherever it is manifested.

The story does not end after 10 December 2010. Also INLW will continue to give support to all human rights defenders in all spots of the earth, where they stand up against any discriminations.