196th LI Executive Committee Meeting in Tbilisi, Georgia from May 20th till May 22nd 2016

The theme was ”Safeguarding Freedom and Security”

INLW was represented at this Executive meeting by Margaret de Vos van Steenwijk. 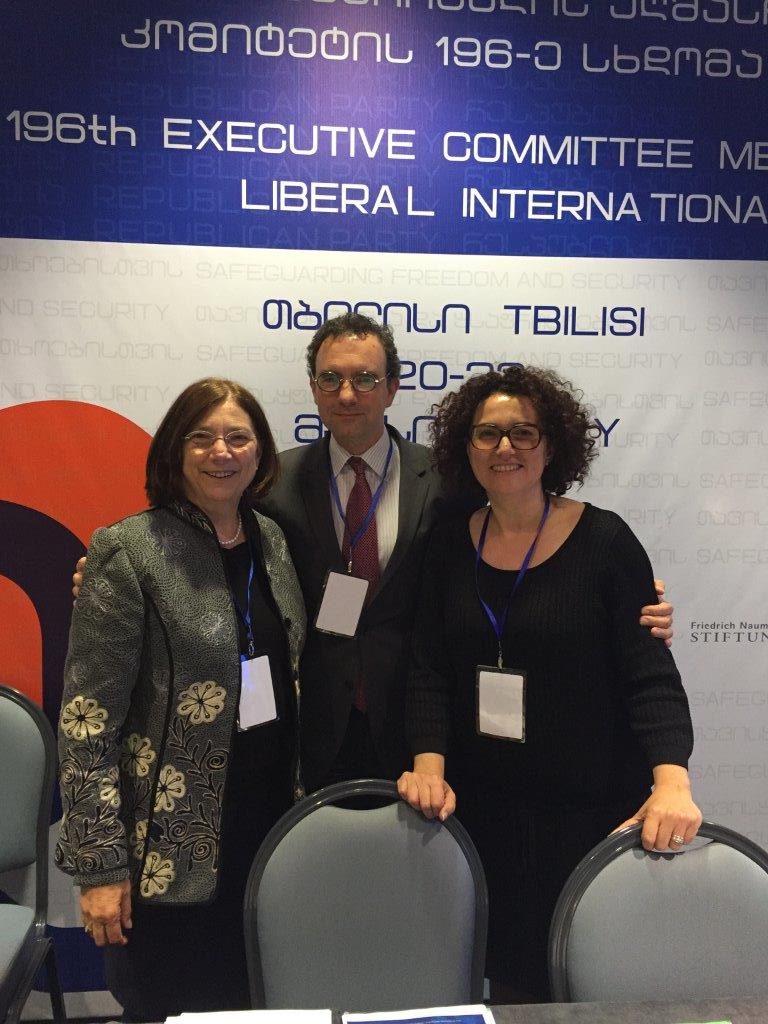 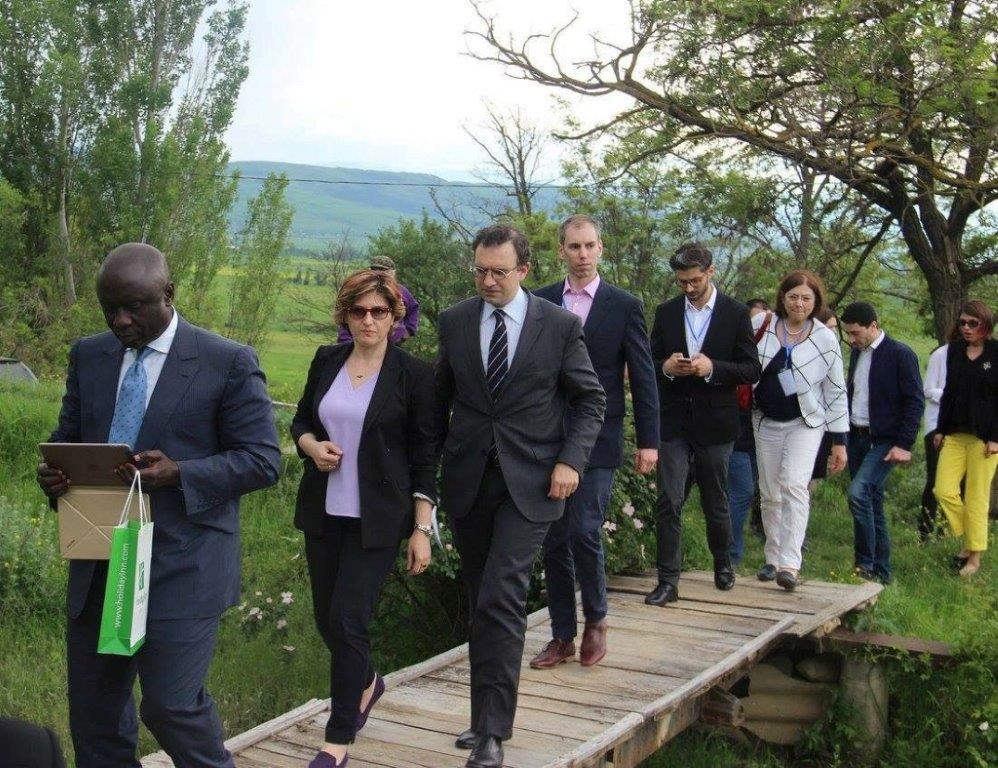 On the Friday 20th we travelled to the enclave where a few years ago the Russians have invaded part of Georgia (South Ossetia). We were affronted by the reality that Georgian citizens have been separated by razor wire from the rest of Georgia and in particular from their own farmland, their family, graveyards of their loved ones and their church by this wall suddenly erected by Russians. 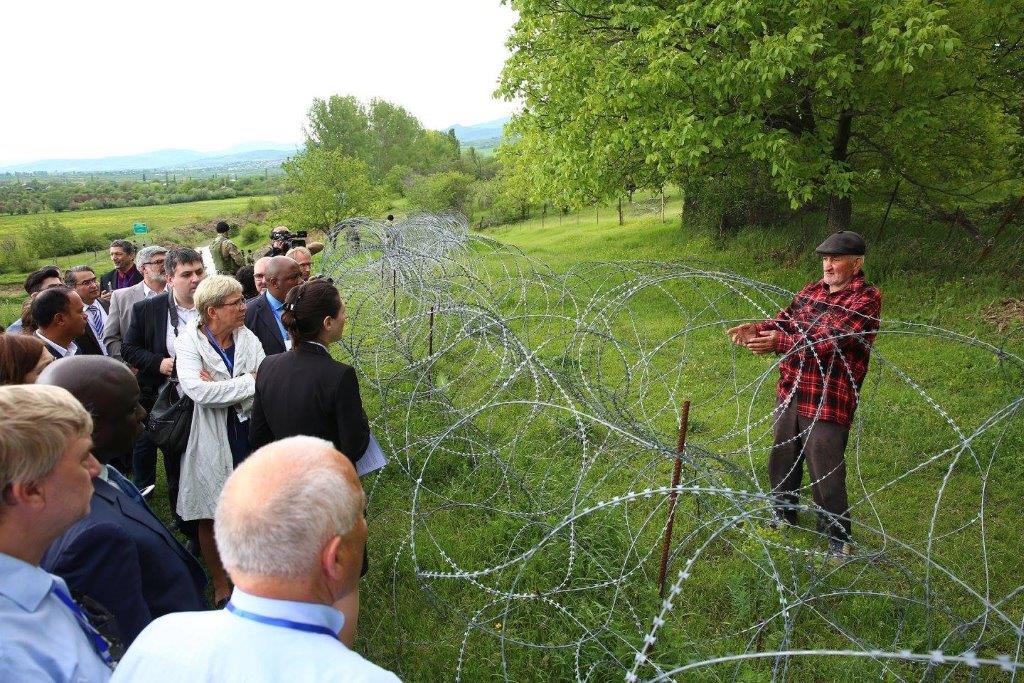 This farmer found the razor wire outside his house one morning. His land is on our side but he can’t access it to make his living. He can’t send his wife, who is in need of help to hospital as she may not cross over to the Georgian side and she can’t go to hospital on the invaded part as he can’t pay the fees in Georgian money, because in the Russian occupied territory that money is not recognized or accepted as a valid currency. His grandson lives with him, but his son, father of the boy lives on the Georgian side. 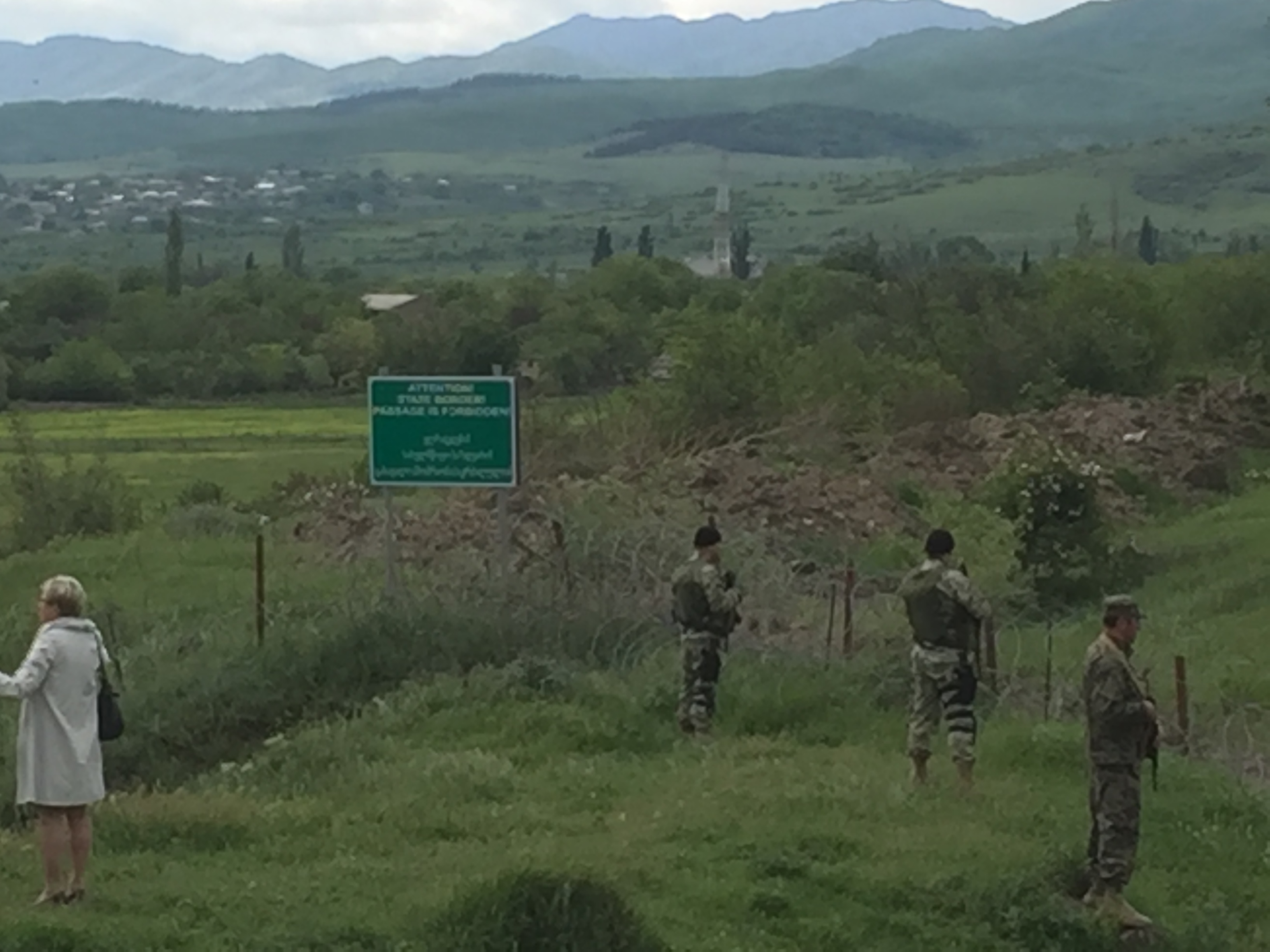 The Russians have erected this sign to denote a “border”! 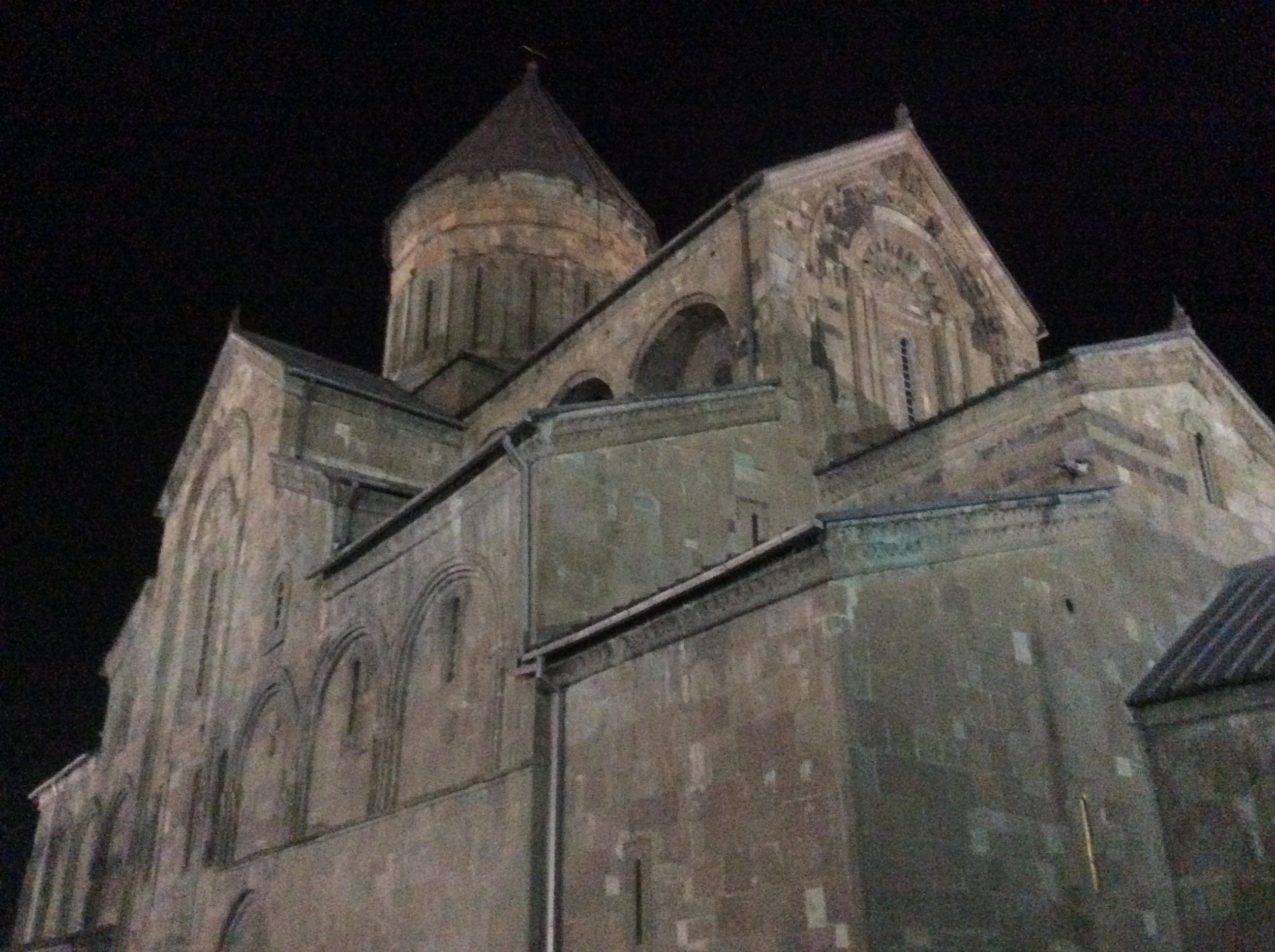 On the way back after dinner we visited the Romanesque cathedral in Mshketa, the old capital of Georgia by night. 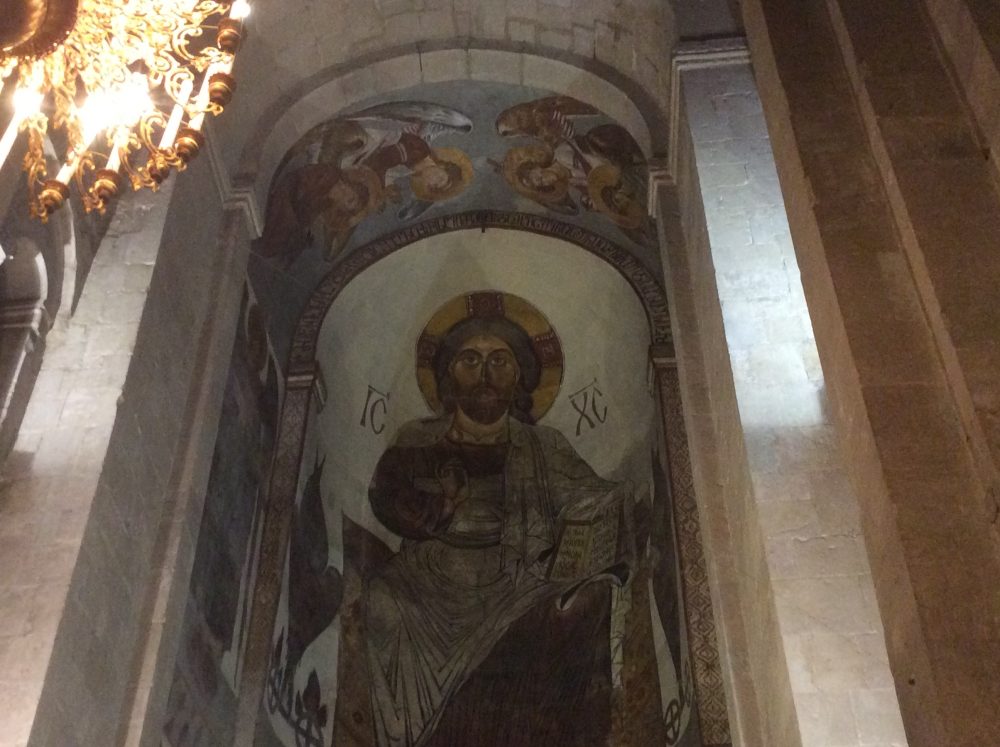 Our host was the Defense Minister from the Republican Party of Georgia, Mrs Tinatin Khidasheli. 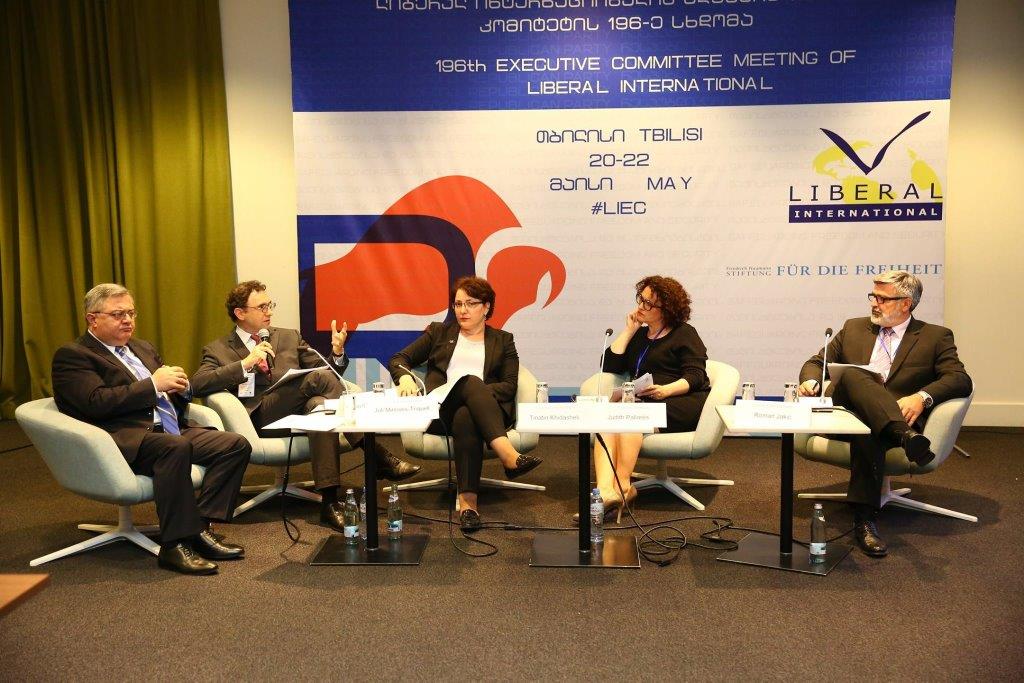 She spoke at different events and in panels on the situation of Georgia. She is very convincing in her message that Georgia is a sovereign state, which has chosen the road of freedom. “The boundaries of freedom should be extended; we deserve it; we are patient; we done it”. Meaning Georgia is taking part in bringing security in Mali and Afghanistan by taking part in peace keeping actions there with the Georgian military. They want to be accepted as member of NATO. 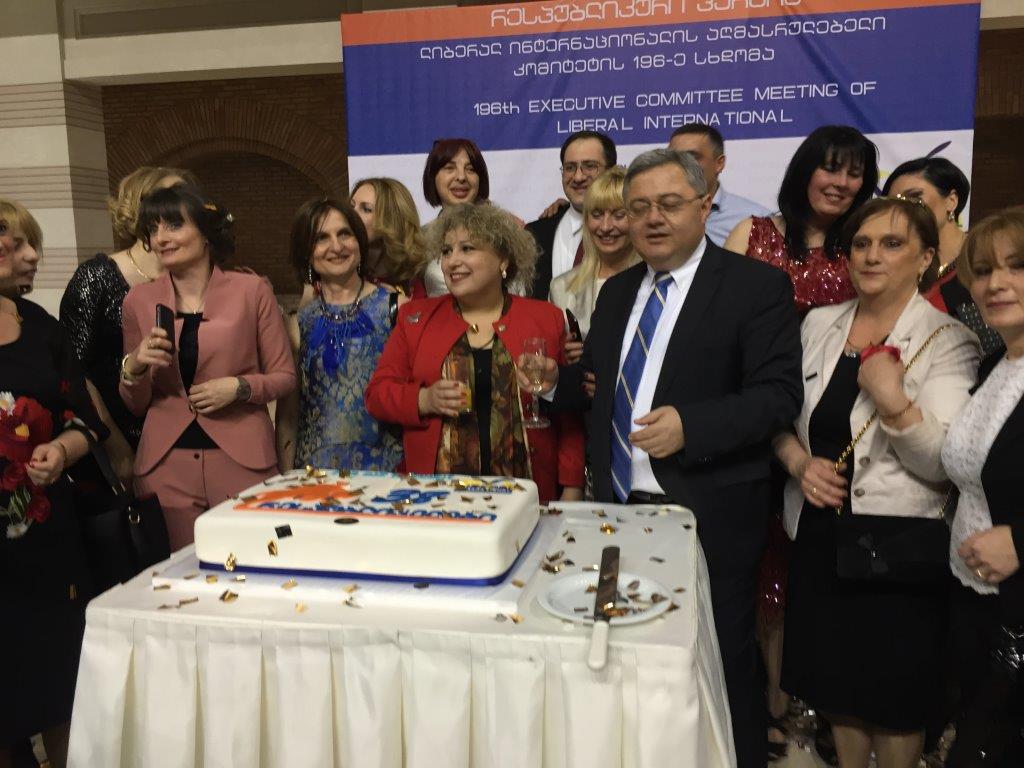 At the farewell reception the Republican Party of Georgia celebrated its 38th birthday party with a lovely cake and Juli Minoves congratulated the President of the hosting party and thanked the party for hosting a wonderful LI Executive Committee conference. 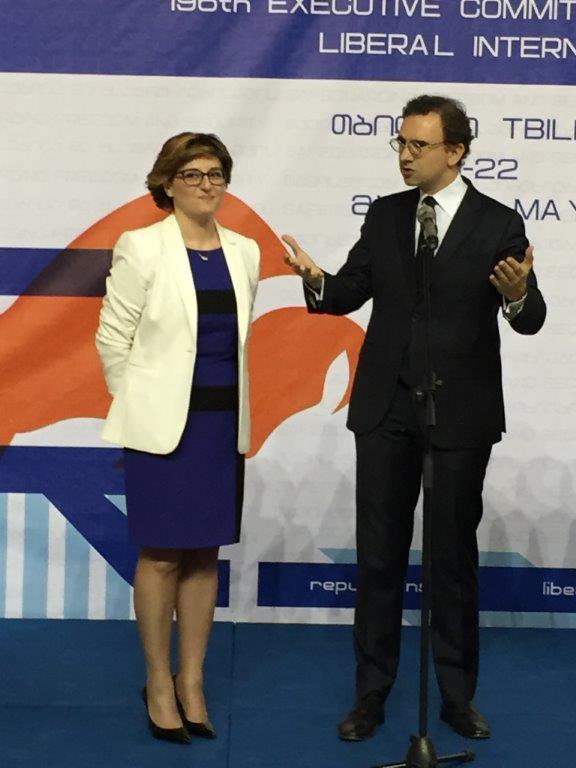