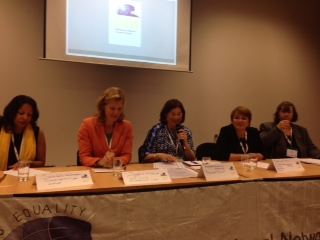 The theme of the LI Congress being “Enhancing Global Trade” INLW chose to follow the theme at the INLW Fringe Meeting “Morning Debate on Global Trade and Women”. We started off this early morning with Chair Margaret de Vos van Steenwijk welcoming everyone (around 35 attendees) and speaking shortly on what INLW is. She then introduced the speakers. 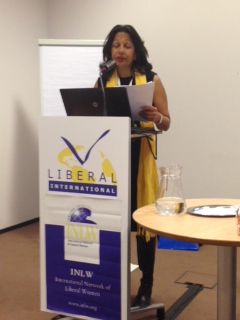 The introduction was given by
Soesila Verhagen, INLW Board member, development specialist. She earned her geography degrees in the Netherlands. She is active in The Netherlands and outside The Netherlands. Her focus is on poverty alleviation, including a wide range of themes. She kicked off with the question: “Does global trade automatically cause economic growth which also results in economic development and empowerment?”. You can read her complete introduction here.

She was followed by these speakers, who spoke from their experience on various aspects of the subject: 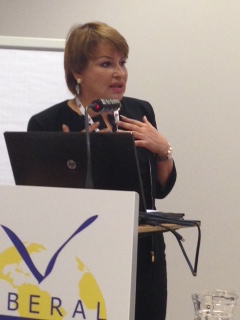 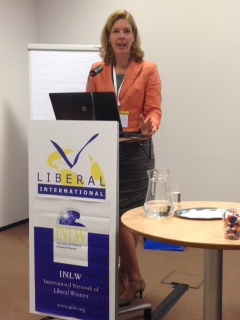 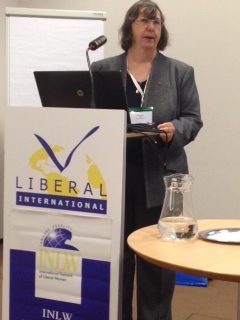 Flo Clucas OBE, President of the ALDE Gender Equality Network as well as advisor on EU funding to the Mayor of Liverpool and former President of Women’s International Centre for Economic Development. 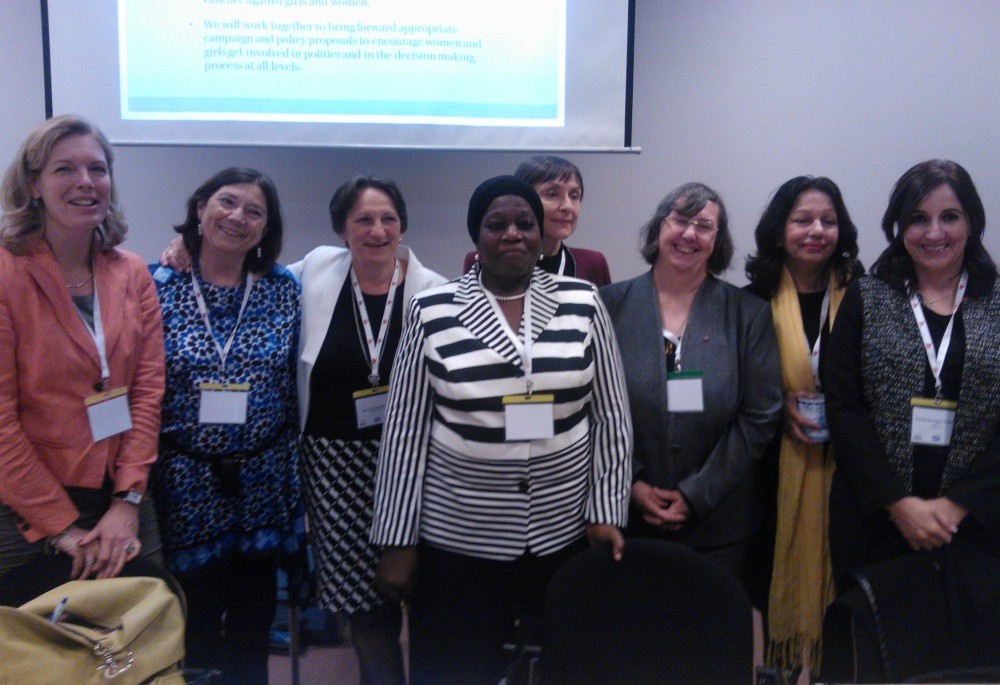 The statements to be debated on after the different thoughts and remarks were delivered by Ingrid, Flo and Hakima were:

These were debated on between the people in the room and the speakers. Of course there were also other questions put to the speakers. And so the Chair, Margaret de Vos van Steenwijk had to end the lively discussion at 10.45am to have time to announce the Partnership between INLW and ALDE (Alliance of Liberals and Democrats for Europe) Gender Equality Network.