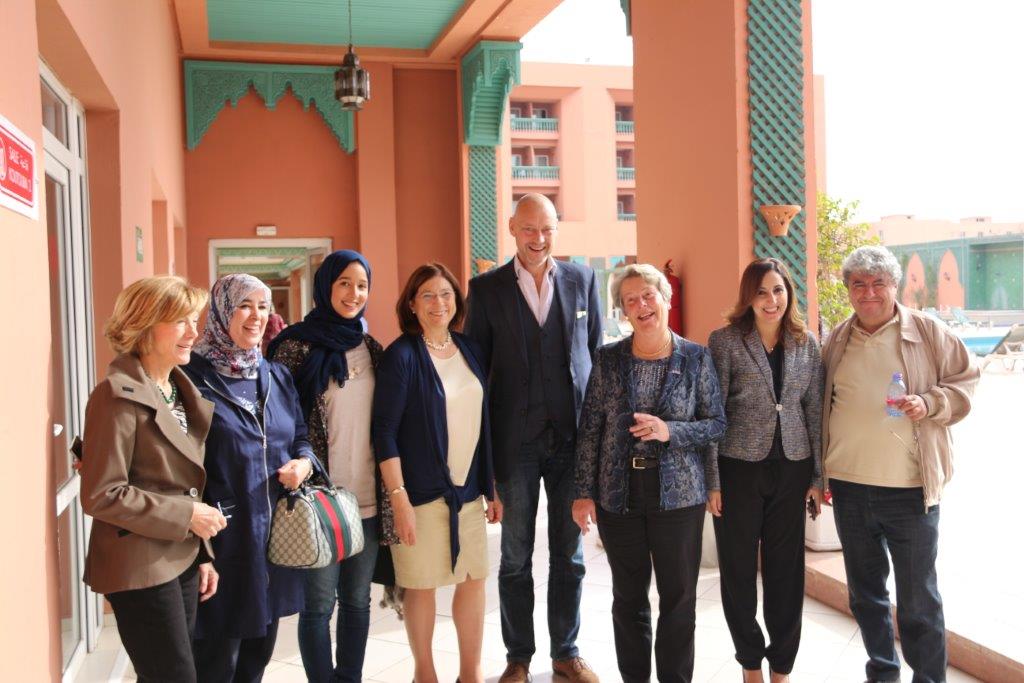 The importance of regional networks was discussed. Together one is stronger and one can learn a lot from other parties on campaigning, training of candidates for elections.

The evening was spent in a beautiful Riad hosted by FNF (Friedrich Naumann Foundation), where we had a really delicious Moroccan meal.

Friday morning was started with the first reading of the draft of the Liberal Manifesto 2017. This Manifesto will be adopted at the LI Congress in Andorra in May 2017 and it will follow up the former Liberal Manifesto of 1947 70 years ago,! Much input was given by all participants and the final draft will be presented to the members in Oxford in April 2017. LI Members will be able to give suggestions on the text in the coming months. 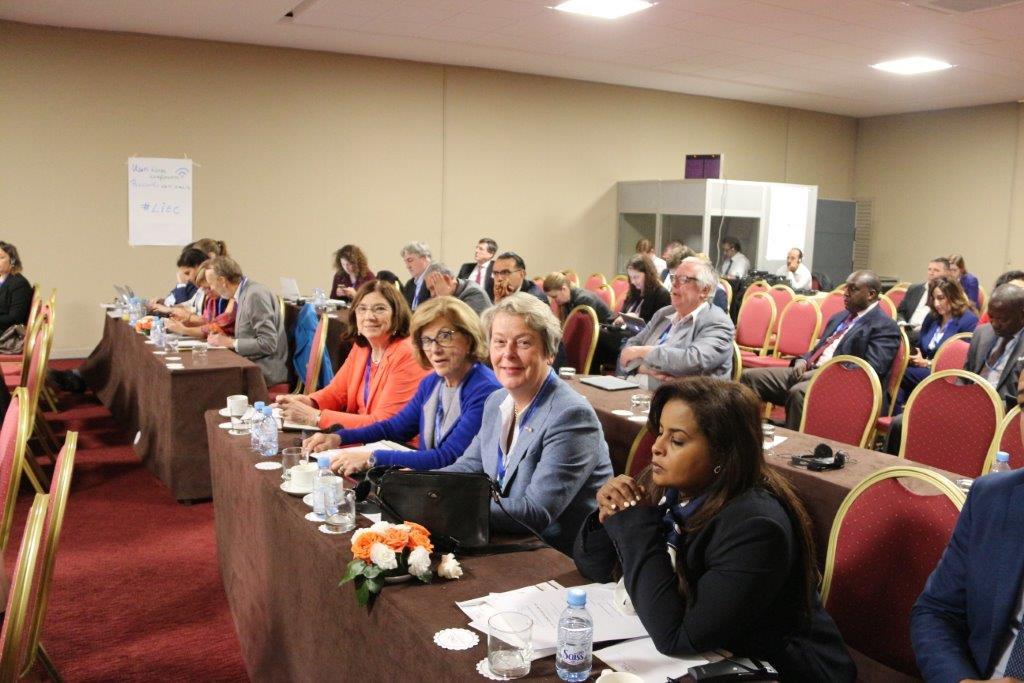 The Liberal Manifesto will be adapted under the commission headed by Prof. Heinz Paqué, deputy chairman of the Friedrich Naumann Foundation. There will be four times in the coming months in which reactions can be given on the text. The final draft will be discussed on the 10th of April in Oxford. This is also to mark the 70th anniversary of LI’s foundation. 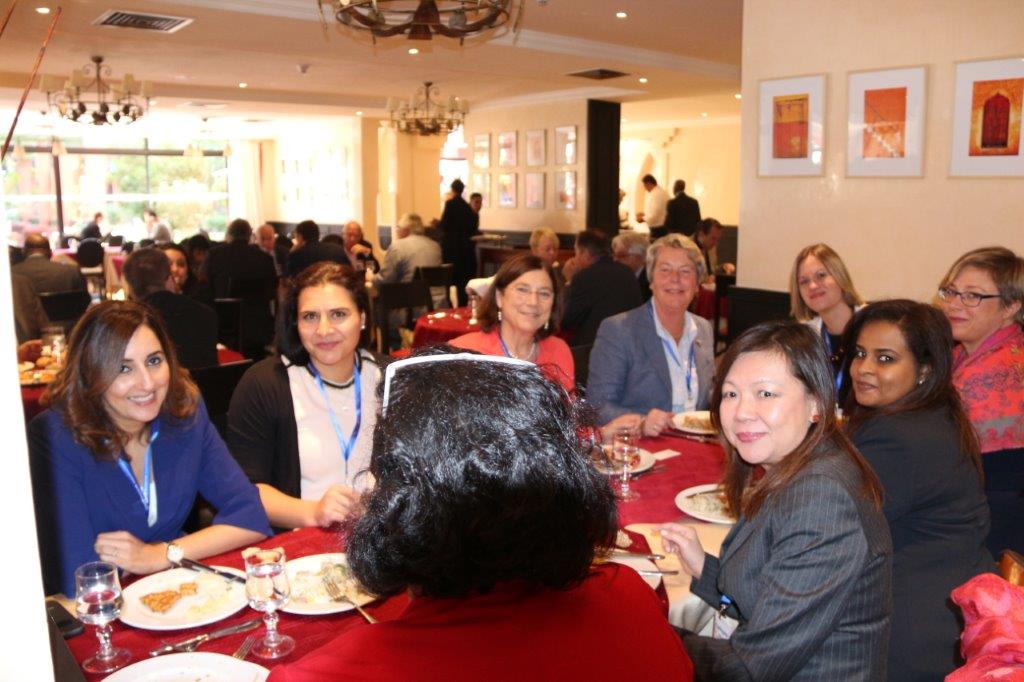 In fact, it will also mark INLW’s 20th anniversary! 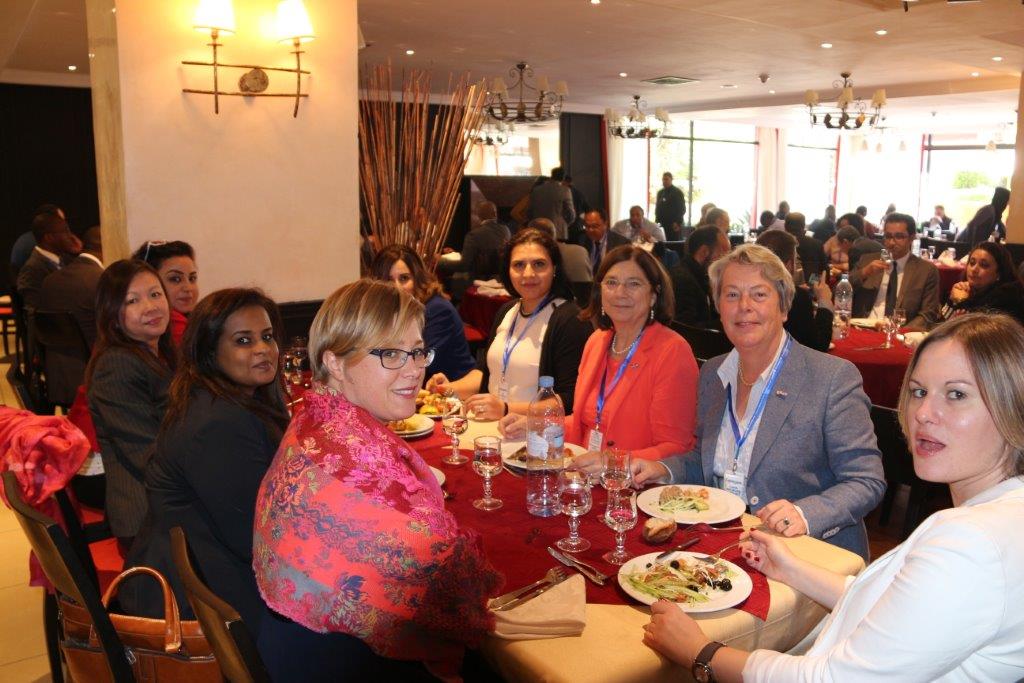 At the end of April, the Manifesto will be sent to all members of Liberal International. On the 20th of May 2017 in Andorra the document will be offered to the LI Congress to be formerly acclaimed the Liberal Manifesto 2017. 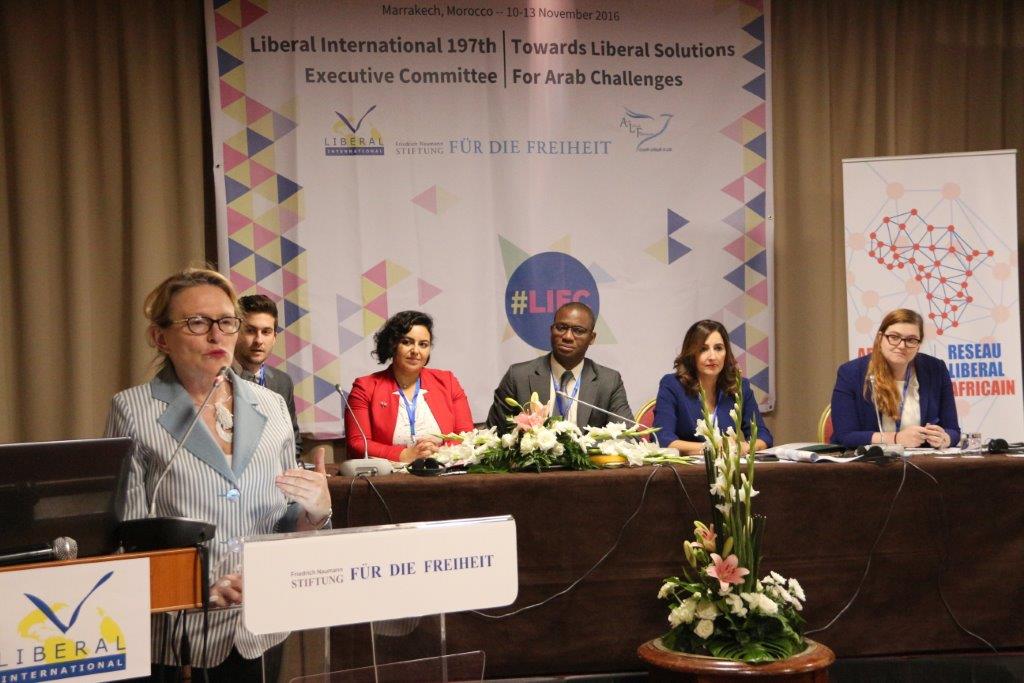 In the afternoon, there was a workshop on positions of power of women, youth and minorities. Helen Zille, Western Cape Premier gave us an site of her experiences in Africa. Her conclusion is that the biggest problem at the moment is still the “Manism” in the African world. Better education from a very early age is necessary to take away the barriers. 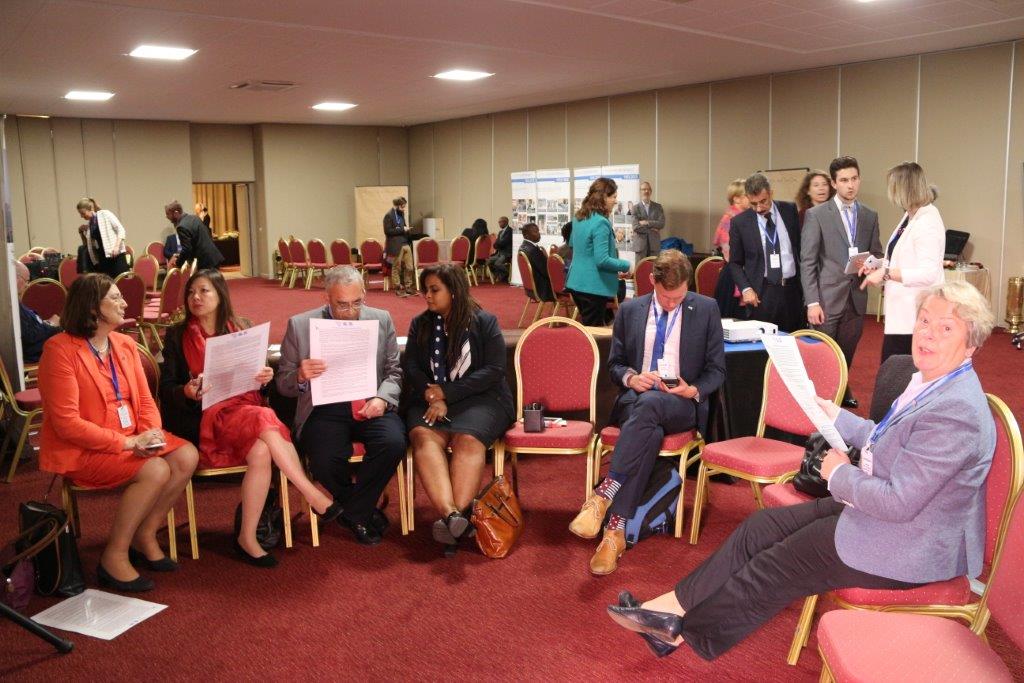 One of the speakers was Khadija El Morabit who told her personal history which stimulated her to get involved in Human Rights and to become an independent woman entrepreneur in Morocco. 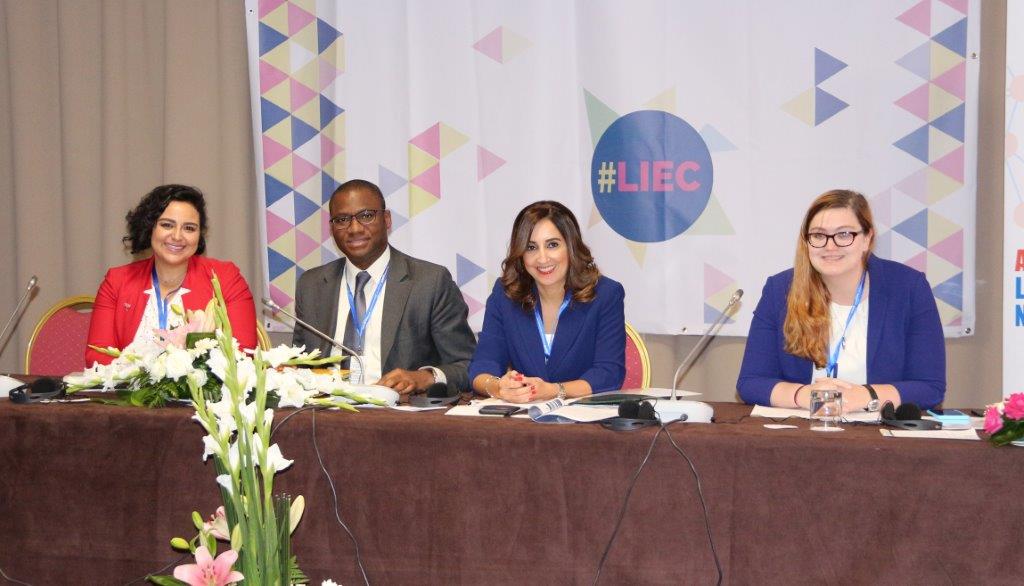 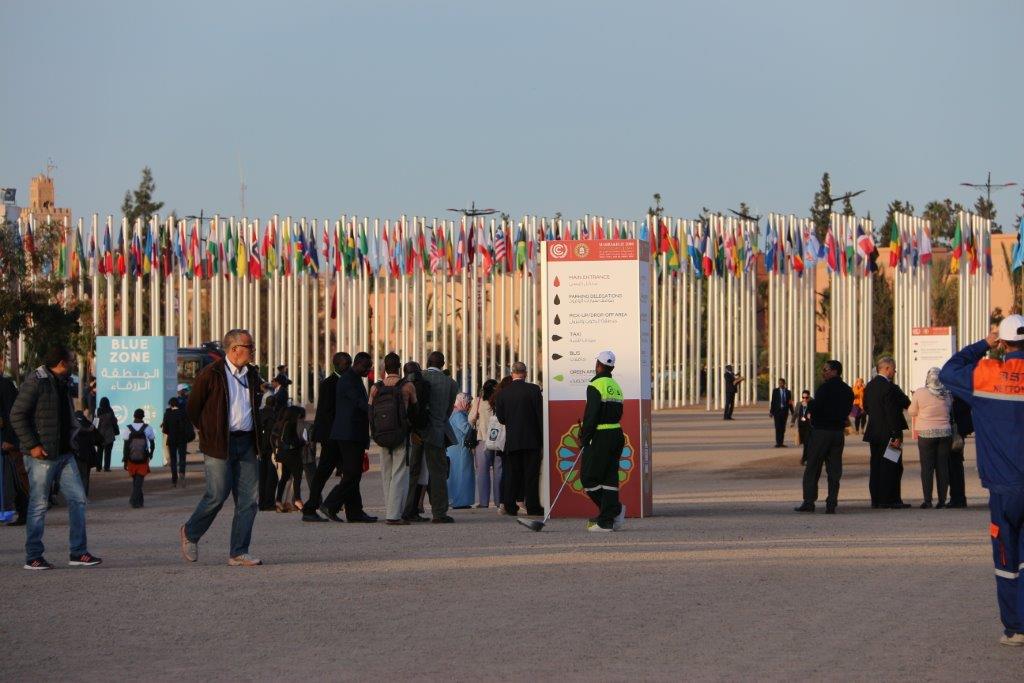 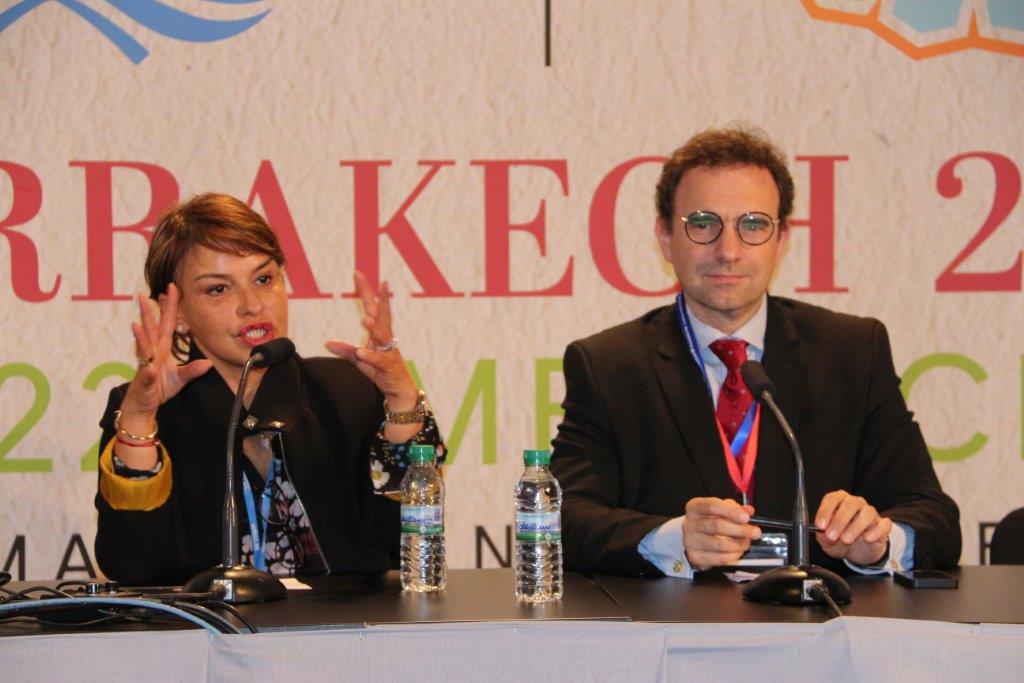 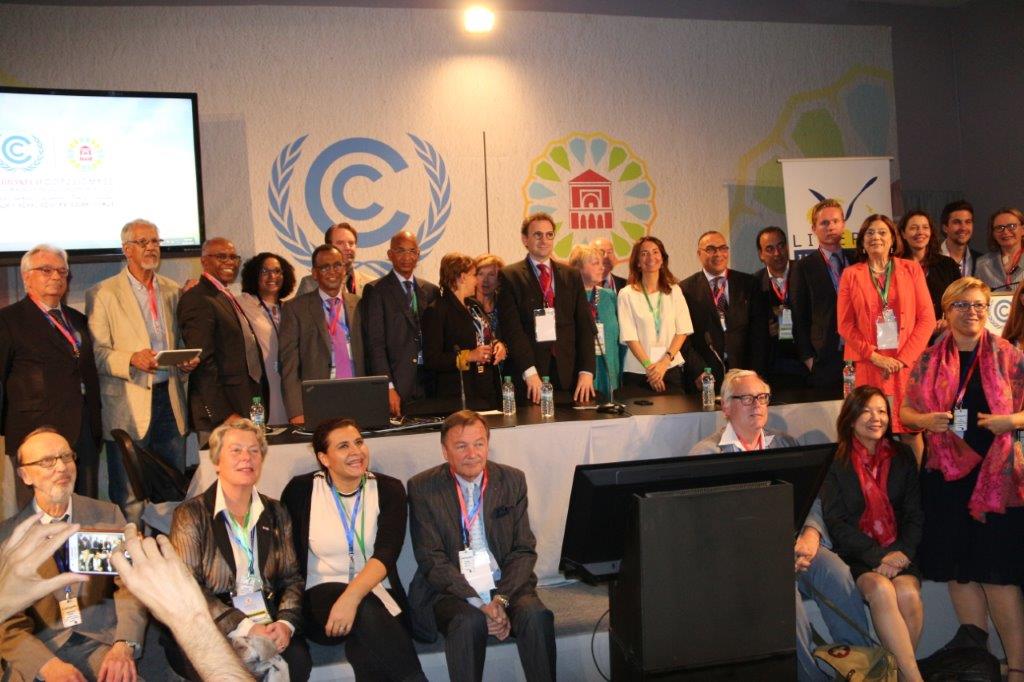 At the end of the afternoon we went to the COP 22 area where we were welcomed by Hakima el Haite, Minister of Environment of Morocco and also LI Vice President and INLW Deputy President. During the day, we already had a discussion on climate change and the influence of it on the world. One of the speakers in the morning was Sidi Toure, Ivorian Coast Minister of Environment. Minister Hakima presented us with what innovation can do for our climate. Solar energy which especially in the African countries is abundant, can make African countries independent of fossil energy! 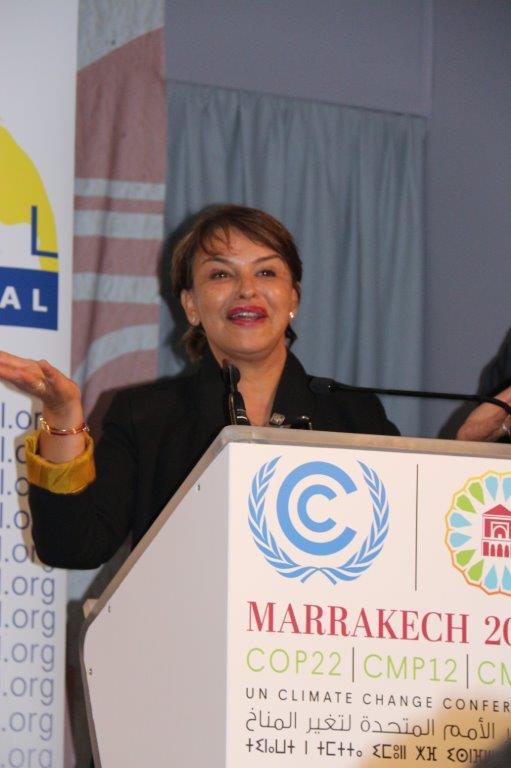 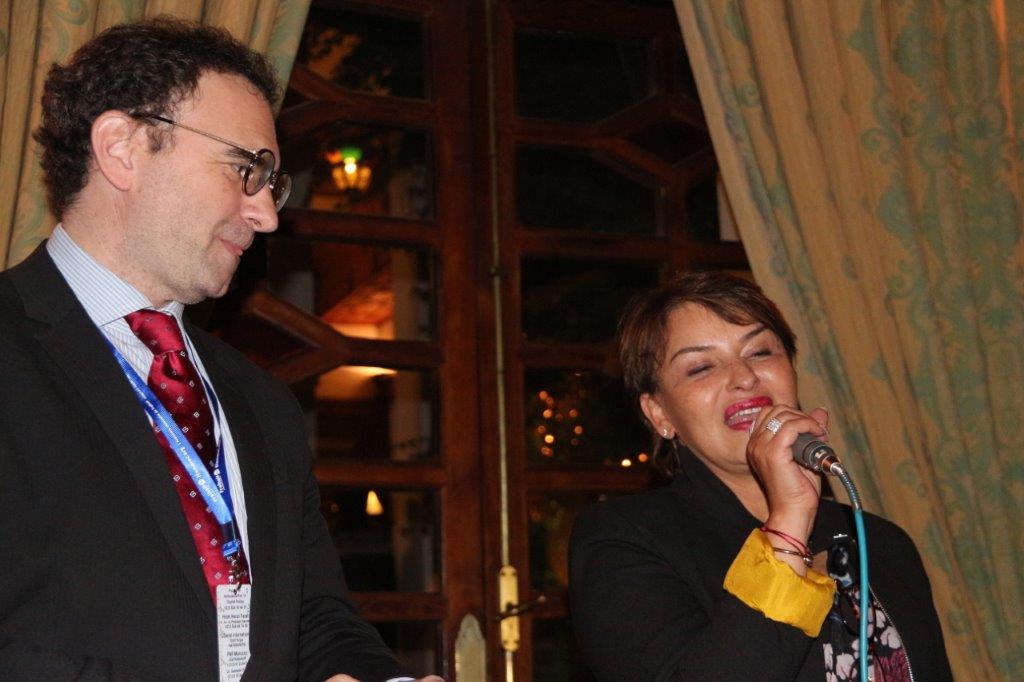 The dinner, hosted by Minister Hakima el Haite, was at a beautiful former palace with excellent Moroccan kitchen. 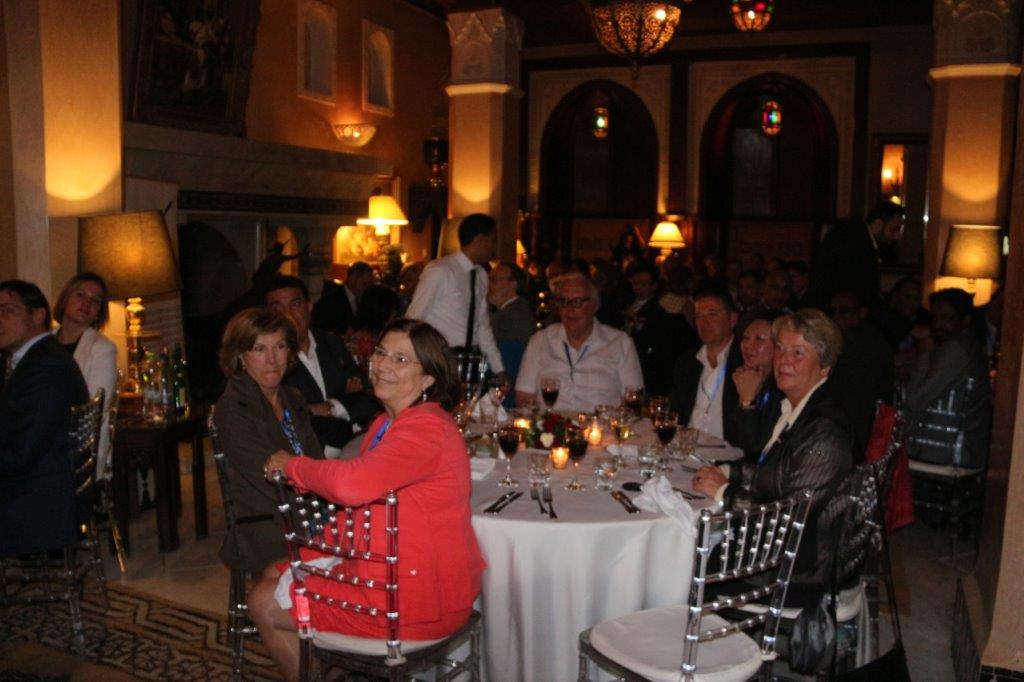 Saturday morning was started with a discussion on populism Baroness Kishwer Falkner, LI Vice President, she emphasized the importance of speaking the truth by any politician. There is nothing wrong with being popular, as long as you are not a “bad popular person”. A good politician delivers real solutions to the problems of people. It is important to recognize these problems and act on them. 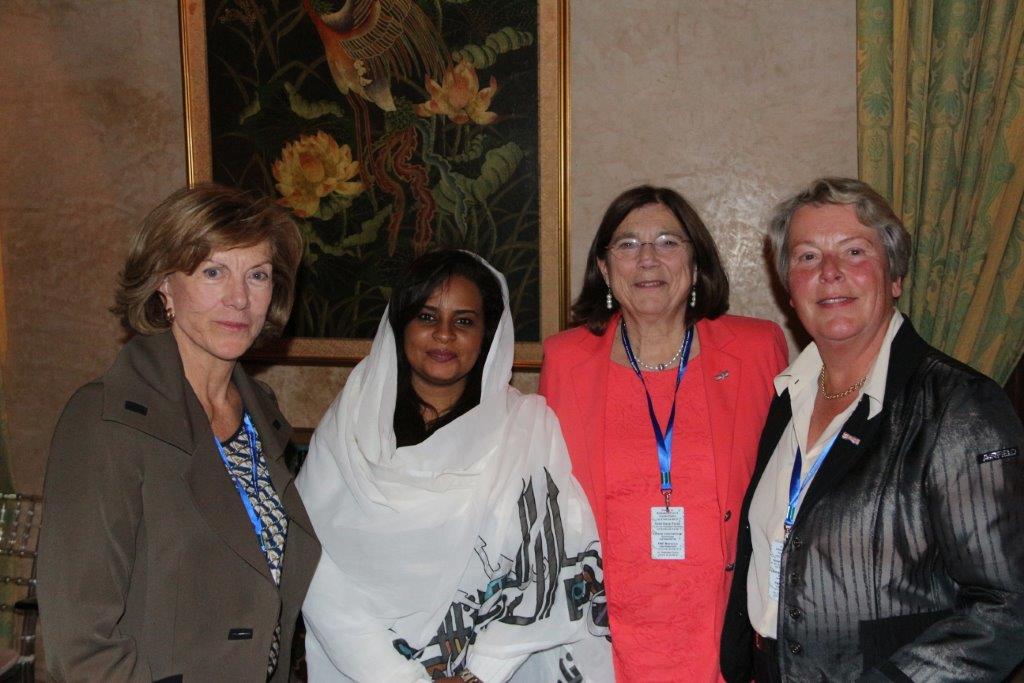 After this there was a follow up of the “#NotTheCost” Campaign, about violence against women in politics. Some of the speakers gave grueling examples of violence in politics. In some countries, it is still really dangerous to enter into politics and speak out. Violation and sexual abuse discourages especially young women to enter into politics. “where does free speech end and abuse start”? It does not have to be the cost of going into politics! Sometimes the harassment is not even visible and therefore hard to fight.

The final panel discussion was again about the climate and all countries and businesses to participate in fight against climate change. 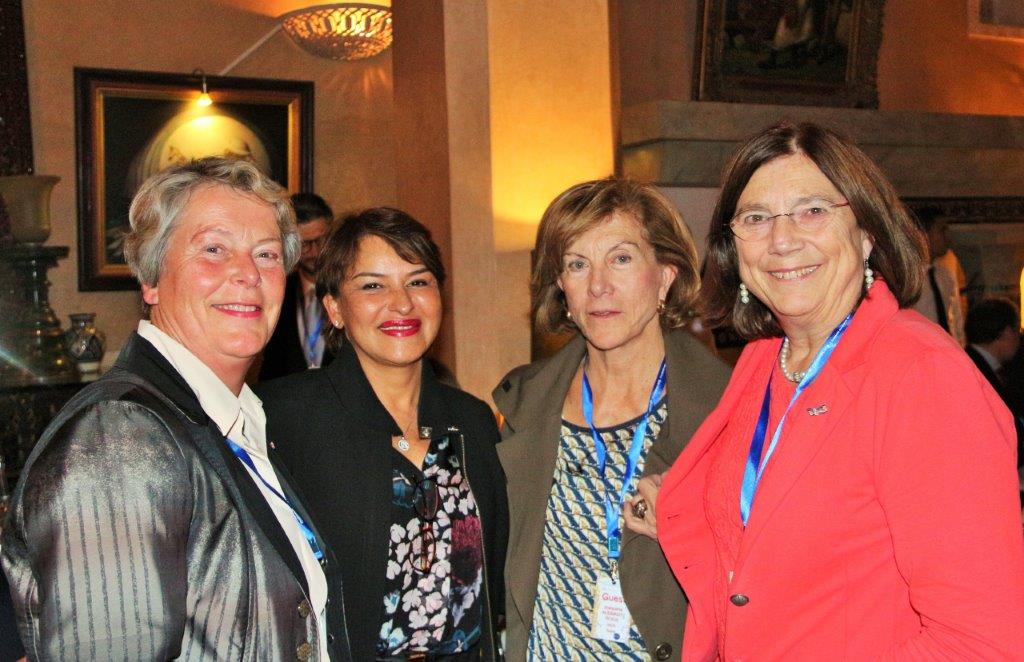 At the end of the afternoon during the Liberal International Executive Committee Meeting the INLW Resolution on “Gender sensitive responses and gender mainstreaming in answer to climate change” was adopted. 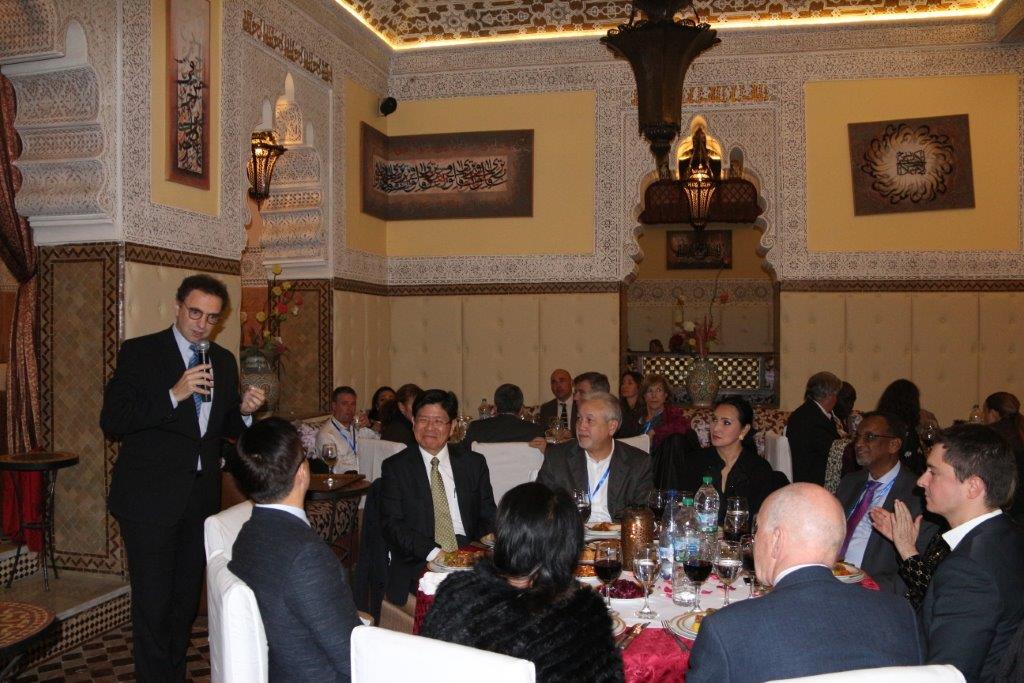 The Conference ended with another excellent dinner hosted by the Democratic People’s Party of Taiwan (DPP). 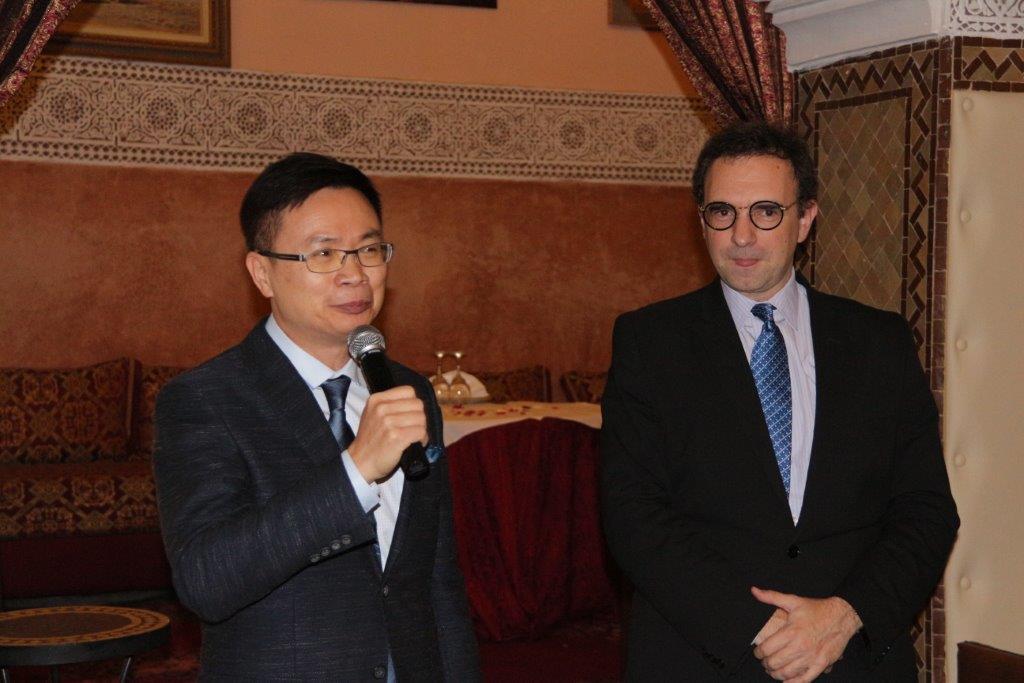 On Sunday morning INLW organized a round table meeting, on the INLW organization, to different interested persons and parties (see separate report). 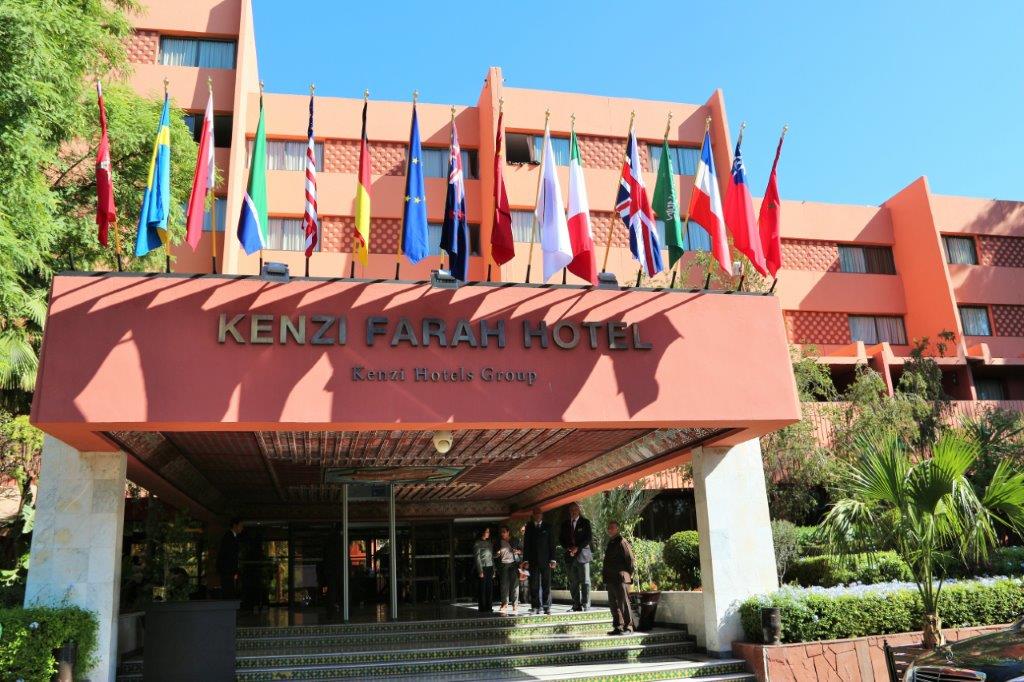