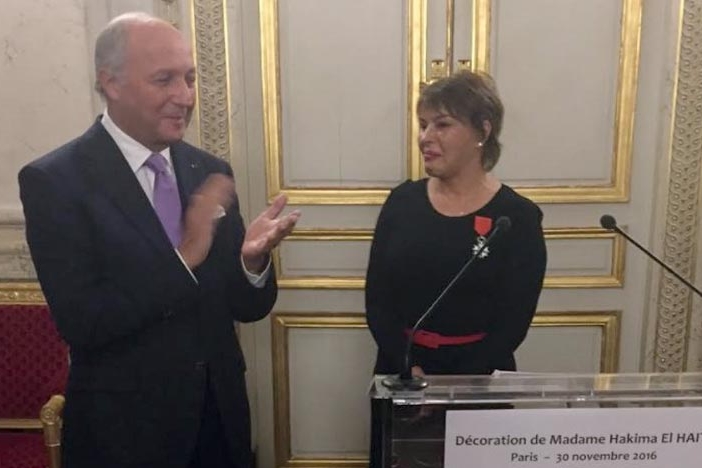 INLW Deputy President and Minister of the Environment of Morocco, Hakima El Haite (Mouvement Populaire), has been awarded France’s Legion of Honour: the highest honour for a civilian.

Hakima El Haite said that she was very honored to receive this distinction. As she said; “This decoration reflects the excellence of the friendship which unites Morocco and France. I will continue to campaign for the protection of the environment as a human right.”

The award was presented to her by former Prime Minister Laurent Fabiuson on behalf of President François Hollande. The decoration recognized Mrs El Haité’s career and commitment to the ecological cause both nationally and internationally for her will to “implement the ecological momentum”. 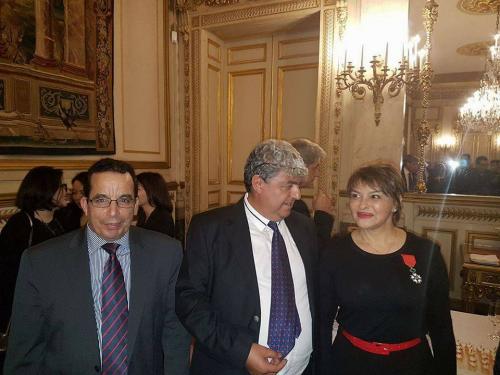 Minister Hakima El-Haite played an important role during the United Nations (UN) Climate Change Summit (COP 21) in Paris, which saw all permanent member states of the UN agree to lower global warming well below 2 Degrees Celsius, and subsequently hosted the most recent UN Summit, COP 22, in Marrakech, Morocco where member states debated the implementation of the reached agreement.

INLW was present in Morocco during the Liberal International 197th Executive Committee meeting which was held in Marrakech, Morocco between 11-13 November, where liberals from around the world actively participated in COP22.