Before the official opening of the Berlin Executive Committee Meeting on Thursday 21st of June the Human Rights Committee of Liberal International was able to make a study visit to the Federal Commission for the Records of the State Security Service of the former GDR.

After travelling to the outskirts of former GDR East Berlin we arrived at an enormous complex of buildings in communist style.

In one of the thousands of office rooms we were welcomed by the Stasi Archives Commissioner Roland Jahn. 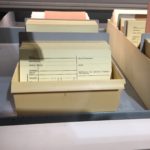 All particulars of citizens were kept in these cupboards and boxes

Markus Löning the Honorary Chairman of the LI Human Rights Committee explained who we were, and Commissioner Roland Jahn gave a very accurate and gruesome explanation of how nearly all East German citizens were registered and daily actions were secretly described and kept in the GDR State Security Service system. 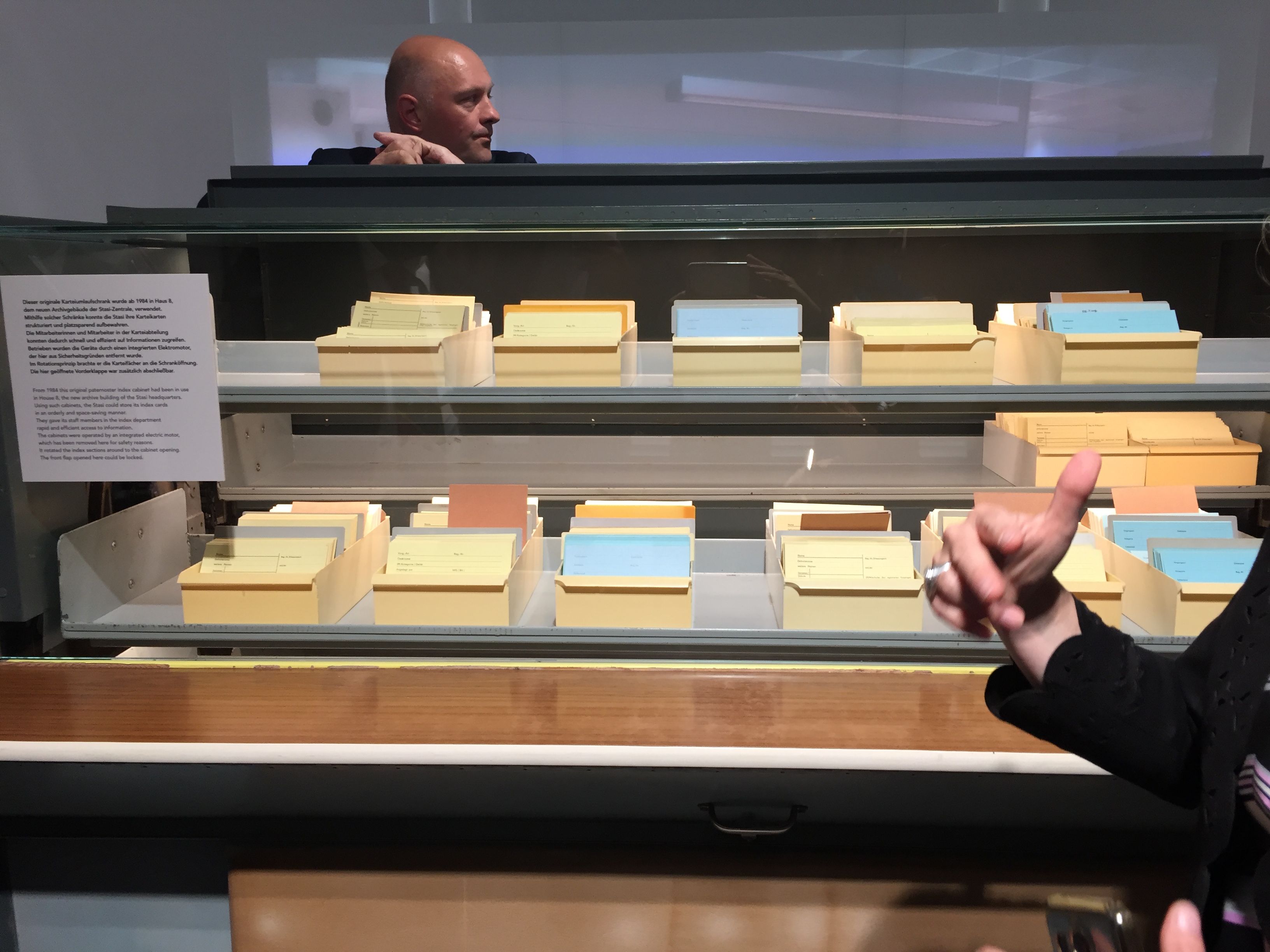 After the fall of the communist regime the people of GDR were shocked to realize and hear that so many of their neighbors, friends or family were spying on each other! Of course, there are no such records made up of citizens nowadays. The Commissioner and his office are now helping people to find out if they or their family members have been spied on in the GDR. And many still come to the Stasi Archives to see what was written about them and what is kept in the precisely administered Stasi Archives.

A frightening idea of how it must have felt to be a citizen in such a communist totalitarian system. Very good to realize how such a regime treated its citizens.