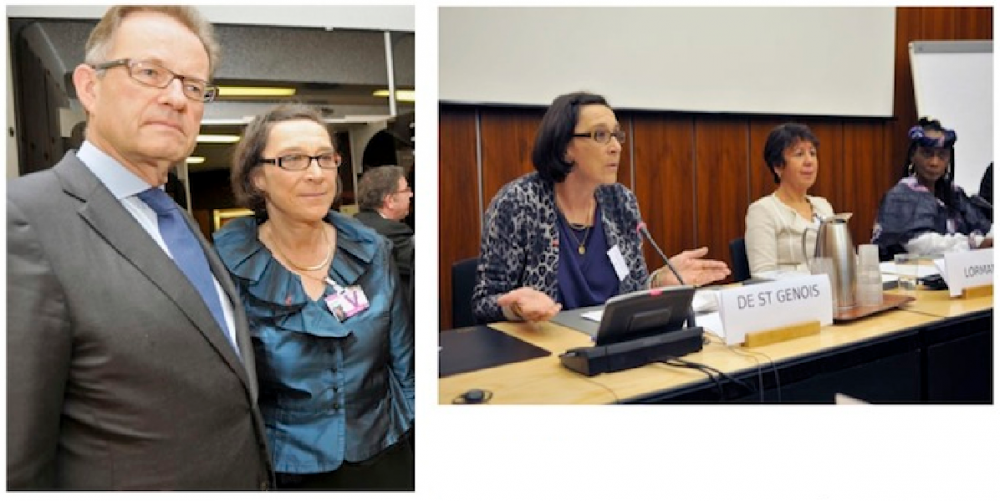 In commemoration of the international Day of Zero Tolerance to FGM (Female genital mutilation) edition 2014 in presence of the UN director Michael Moller, Commandante Christine de Saint Genois Ambassador against excision (GA-FMG) participated at the opening ceremony of an art exhibition by artists expressing themselves about FGM. Followed by the annual symposium “a University Chair on FGM.”

Ambassador Christine de Saint Genois in her opening speech, in presence of ambassadors, permanent missions ministers, representatives of OMS, and ONGs said:
“We will applaud the shift in the way the international community supports countries in their efforts to eliminate FGM, but it is not enough, it must accelerate!

I will also applaud the impressive number of men in this assembly” and she will terminate her speech by saying: “Will the screams of these little girls and the cries of distress of these mutilated women who resound in our hearts become the rallying cry of the international collaboration for the annihilation of FGM or FSM and for the rehabilitation of the victims to stop the violence against women in the world.”