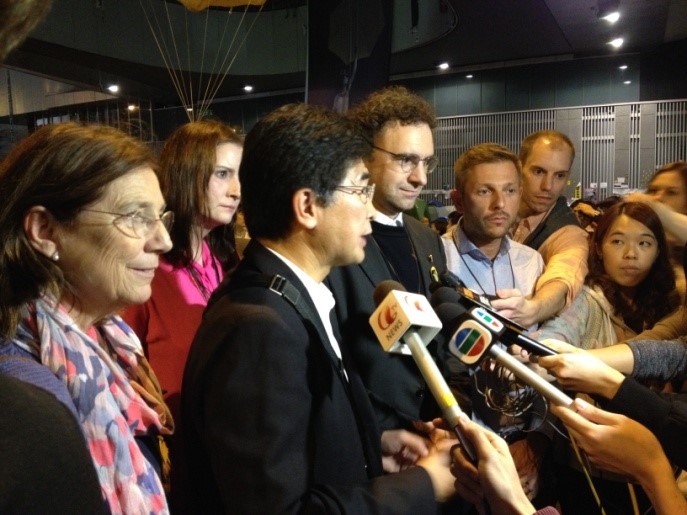 Members of LI speaking to the Press in between the people of the Umbrella Movement.

The theme for the Executive Committee meeting was: ‘Liberalism: promoting growth, reducing inequality’ and this induced very good presentations and discussions during the two days.

INLW organized together with the CALD Women’s Caucus a very successful Open Forum over lunch on the Sunday Nov 9th with the theme “Domestic Violence: Daily Human Rights Violation
Against Women and Girls…What Can We Liberals Do?”
This theme was in line with the Campaign that INLW and LI are involved together with, in seeking policies to prevent and eradicate this violence in all its forms out of our world!
Session Chair was Margaret de Vos van Steenwijk,President INLW
Speakers were:
Hon.Cecilia Wikström MEP and Vice-President LI for Folkpartiet Liberalerna, Sweden;
Hon. Lousewies van der Laan, Vice-President, ALDE Party for D66, Netherlands
Mrs. Maysing Yang, Vice President INLW, member DPP, Taiwan 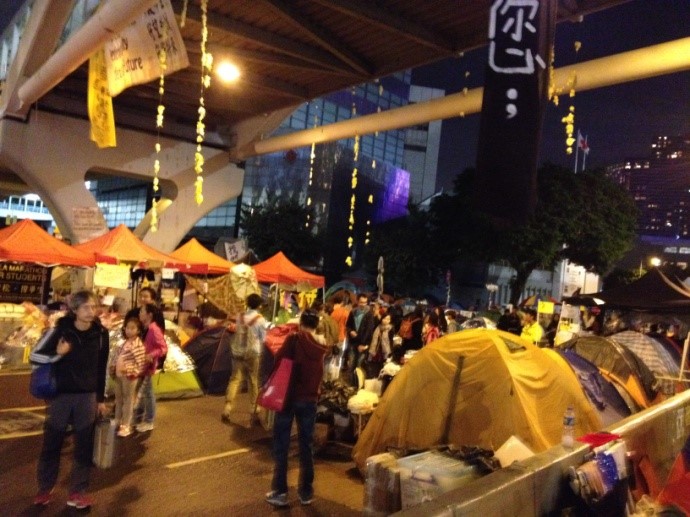 The Hong Kong Centre at night with Umbrella Movement tents and market between bustling crowd.

A group of LI and INLW delegates visited the Umbrella Movement in the middle of Hong Kong. We talked to many of the very peaceful participants demonstrating under the slogan “for peace and love”. What they want is the Chinese authorities in Beijing keep to the promise made; One land, two systems, whereby in 2017 there should be genuine free elections for the Chief Executive of Hong Kong. What made an impression was the very young age of the demonstrators and the peaceful way, but determination to achieve justice for their future. 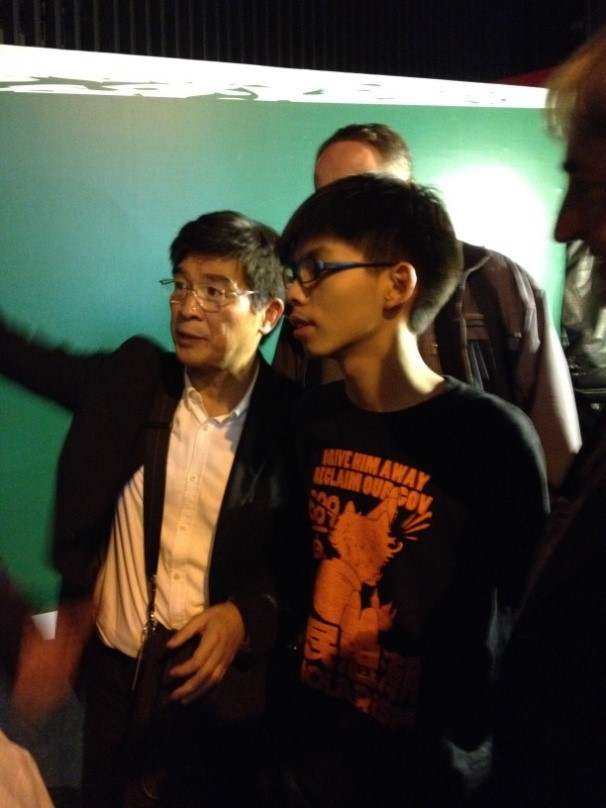 Young leader of the movement, just 18!