On Wednesday March 14th, 2018 at 10.30 am Margaret de Vos van Steenwijk president of INLW, was invited to deliver a speech at the Parallel Event at CSW62. This Parallel Event was sponsored by “The Urban Diversity and Mobility Research Center of Taiwan (UDM)”. She was asked to give her opinion and ideas about “Women’s political participation” in the future. 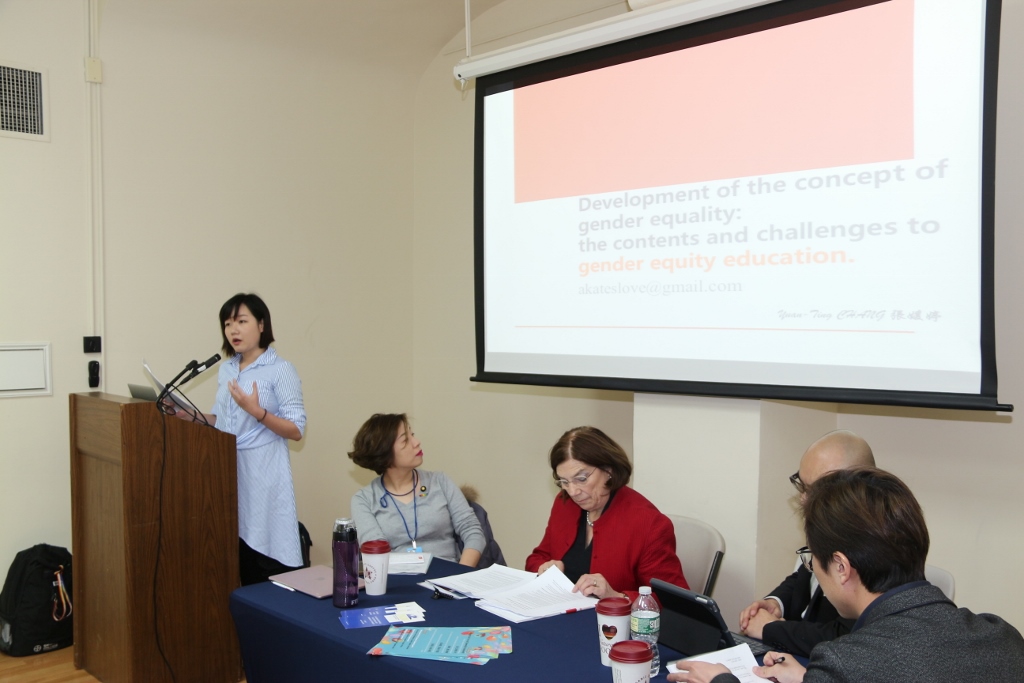 Other speakers were the Member of Parliament Mrs. Lin Ching-Yi who spoke of the situation in Taiwan for women. Also, Mr Shih, Mu-Min Ph.D. candidate University of Department of Asian Studies, Texas at Austin spoke of the gender progressiveness but very much with the eyes on the past. Gender is a word that does not exist in Taiwanese and so very often sex is put in its place which has a different meaning that is often overlooked in the policy papers and and discussions.

“How women make Cities smarter? Education, Empowerment and Policies.  Through the improvement of education and more political participation of women we can see a change. Now there are 38% women in parliaments all over the world. Locally we find even more women in city councils and as aldermen. The females are more supportive of points such as gender equality and the endorsement of it. The gender equality is now integrated in the curriculum of health and physical education. Many school text books must be changed so that the existing gender stereotyping is taken out. They should for instance be illustrated in a gender equality friendly fashion. 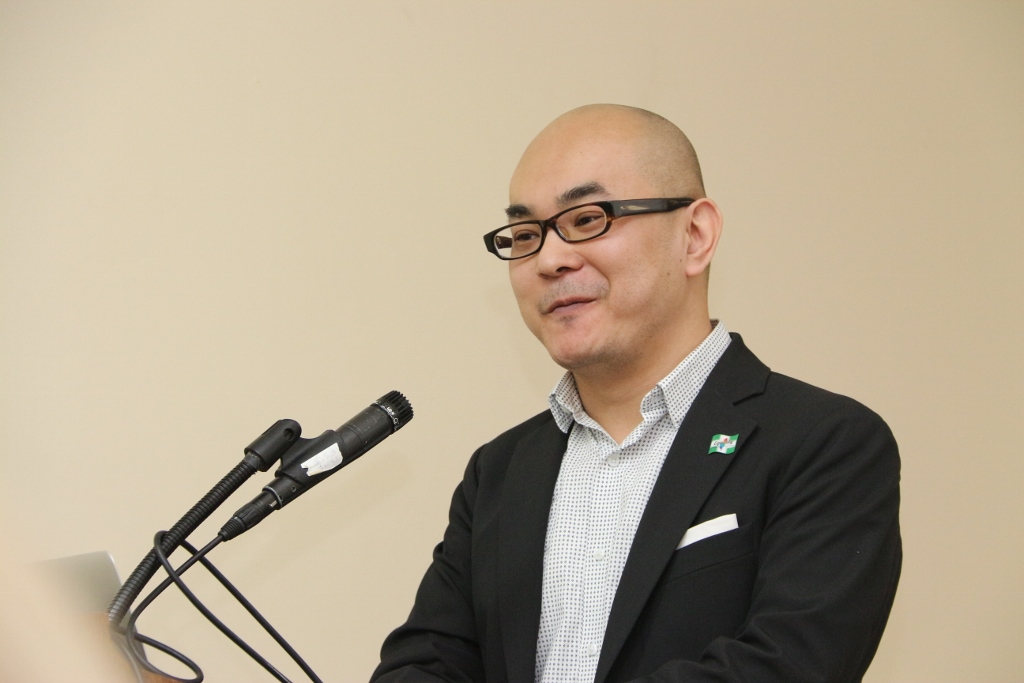 In Taiwan although many girls do get educated there is still the notion of Motherhood which prevails, and which monopolizes Femininity. 1988 the Gender equality was introduced in education.

Confucianism is still in the minds of Taiwanese people whereby women should be mothers and should not give that task to immigrant women. There is a prejudice towards immigrant women.

Margaret de Vos spoke of the importance of empowering women to participate in politics and economy. Without their participation we can’t build a sustainable world and sustainable cities. More than half the population in every country is female. It is important to use this latent working force and intellect. She gave answers to questions such as `What reasons are there to empower women to take part. What do you miss if they don’t participate`.

First, no person may be excluded the right to represent the people. Socially inclined reasons for diversity in political bodies are that the people should recognize themselves in those representing them in democratic bodies. It is not only important to have men and women, but also for instance ethnical diversity is important, so that people FEEL they are represented.

Second a more diverse parliament or government will address more of the concerns that apply especially to women. Diversely composed town councils and parliaments also know better what is going on in society. And likewise, the political agenda will reflect the questions which civil society finds important. SO, it often takes women to bring changes into legislation in favor of women and society. Political representation by women is also important to get rid of obstacles there are to get women elected. Also, for the knowledge they bring along in relation to themes which concern especially women or related to emancipation themes. Changes are necessary, but this means that if you want changes made you better change those who take the decisions as well. There is a critical mass needed to be able to make a difference and a change and that is 30 %.
Mrs. De Vos also raised the question if political parties do better if they have women on the ballot list. She called upon this to be researched. 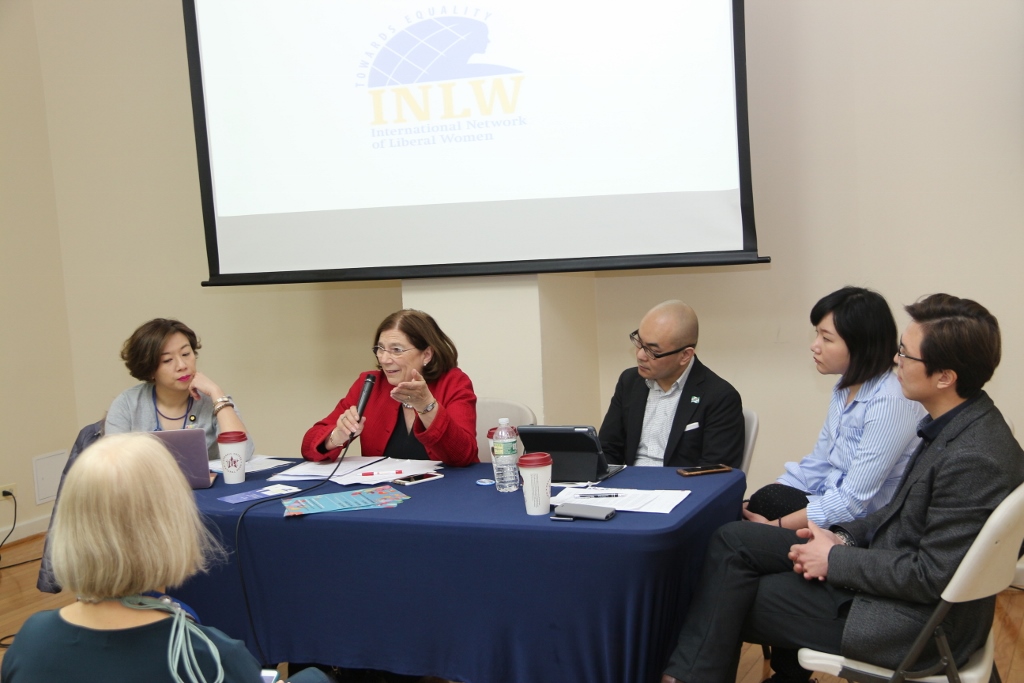 Have more working women changed cities? Active women in cities has changed the way of life in many cities. Just look at the burst of new restaurants in towns, where couples eat out very much more than in the past where the women were always at home preparing and cooking the meals. Empowerment of women and diversity in decision making is important to use all available talent.

Albert Einstein: “The significant problems we face today cannot be solved by the same level of thinking that created them”. She mentioned that the brain architecture of men and women is different: Women think in web style and men in step thinking. Women considering more options to a problem and men, in general of course, thinking more via a linear causal path. Other positive traits can be intuition, mental flexibility, long term planning, creativity and keen imagination as well as other views on power. Working towards better decisions, while showing more patience, more listening qualities and showing more empathy, women tend to show a different kind of leadership. With all these positive reasons why are Women still not so empowered?

Mrs. De Vos went on to explain that women often wait to be asked or are triggered only after being encouraged. There is a social, political and practical necessity to have women on board in representative bodies like Town Councils and Parliament. How to get more women there? Get them over their modesty, teach them to present themselves with more confidence, while learning to exaggerate a little at least. Build up a network and within political parties learn to ignore any biased comments and use the competitive atmosphere for your own good.
Get to share the tasks in the household with the partner to be able to take on the extra work. And make sure you get women and especially also men to promote your candidacy. Go for it with a personal campaign. Think as party that 50% of the voters are women. So, widen the campaign with slogans and media presentation on subjects that appeal to women and present good solutions for these topics. Parties must give exposure to the women candidates! With the female vote one can win 50% of the voters! In Mrs. De Vos ’s experience in the Netherlands there are many women who only vote for women. So, you better have women on your lists!

She concluded: “We must use all capacities, talents, creativity and knowledge of half of the population. Women then become more engaged in public decision making and it is a means of ensuring better accountability to women and making more and better decisions which will be beneficial for the country and towns! Diversity and empowerment of women is a question of common sense!  The message is that Democracy without women is incomplete. Women’s adequate political participation is a fundamental prerequisite for gender equality and genuine democracy. Without the representation of women there is no Democracy”. Before the time was up a few questions were able to be asked, resulting is a discussion on whether women should help each other more instead of sometimes showing actions of jealousy and where Margaret found her information. The answer was: yes women should be more supportive of each other and promote each other more! 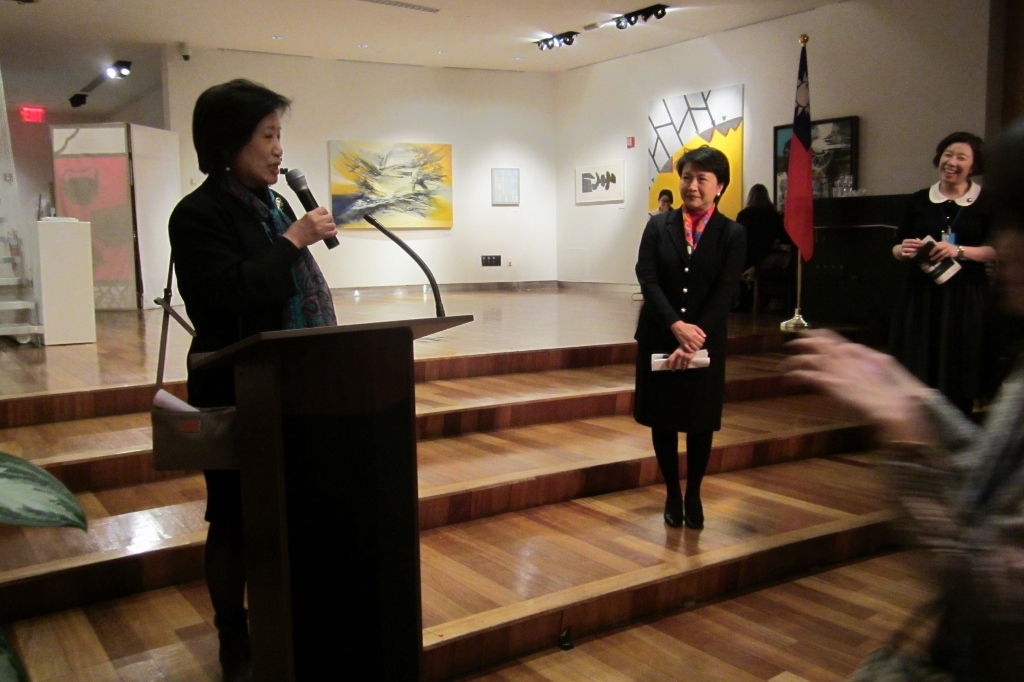 The next day the members of the Board of INLW were invited to the Taiwan building. Here our Board member Maysing Yang was one of the speakers during the evening.