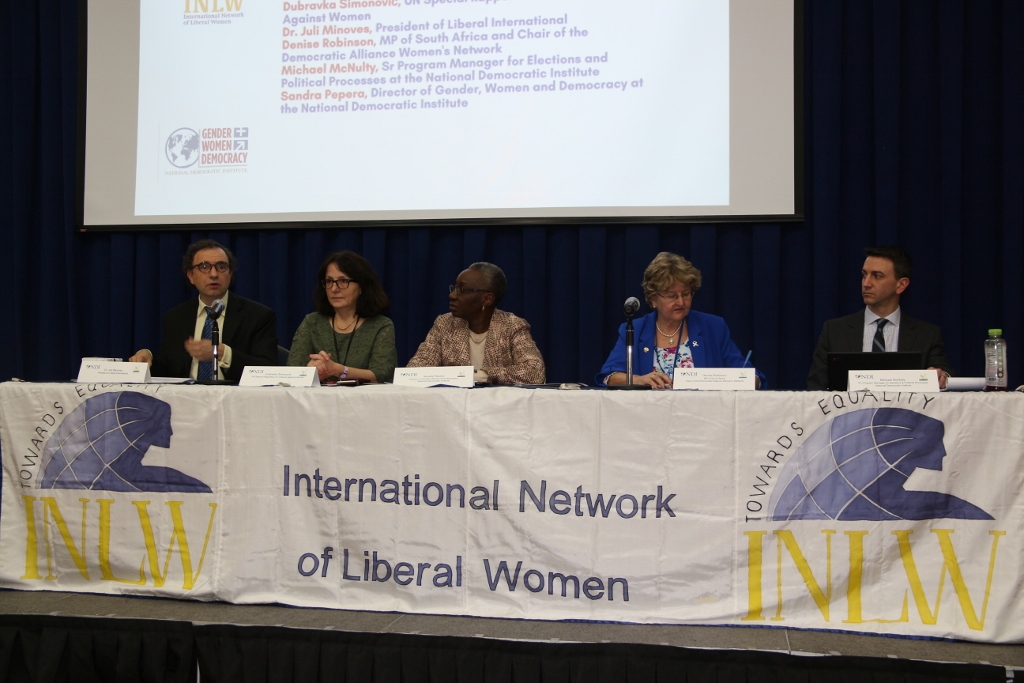 Liberal International, the National Democratic Institute and INLW organized an event about: Pushing Back, strategies for combatting violence against women in Politics. 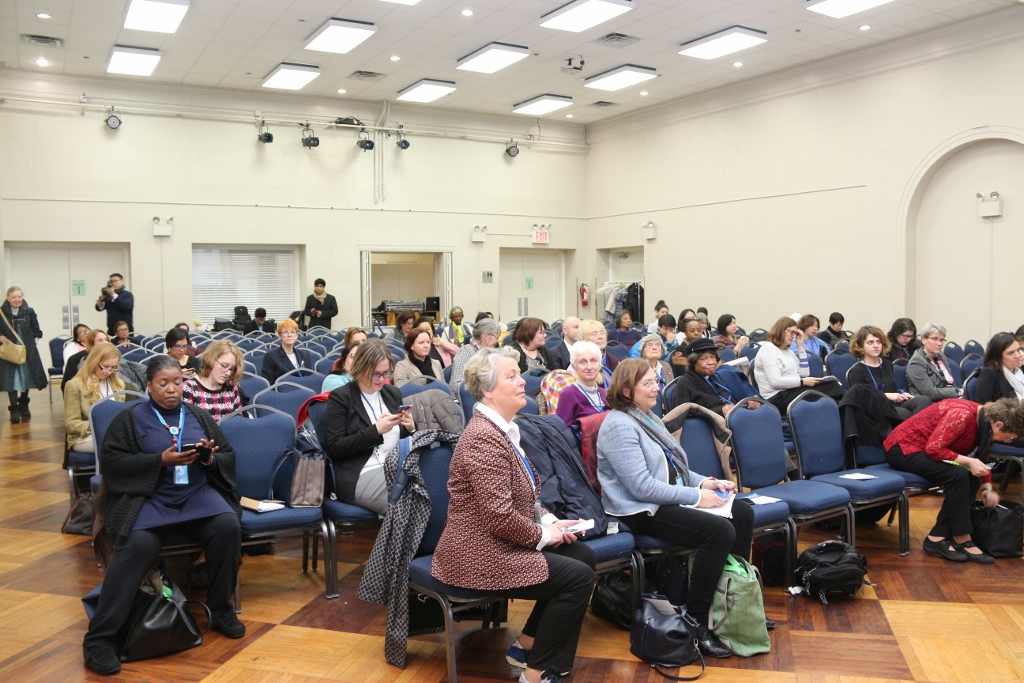 Teaming up with Madeleine Albright’s National Democratic Institute (NDI), LI and INLW asked NDI, for the occasion of two-year anniversary of the #NotTheCost campaign to end violence against women in politics, to organize a side-event on the fringes of the 62nd Session of the United Nations Commission on the Status of Women (UNCSW) in New York, raising the profile of this global cause.

Under the theme Pushing Back: Strategies for Ending Violence against Women in Politics (VAW-P) and in partnership with the International Network of Liberal Women (INLW), the event aimed to showcase best practice solutions by exploring lessons learned from around the world and providing participants with tested tools to push back on violence against women in politics both preemptively and proactively. 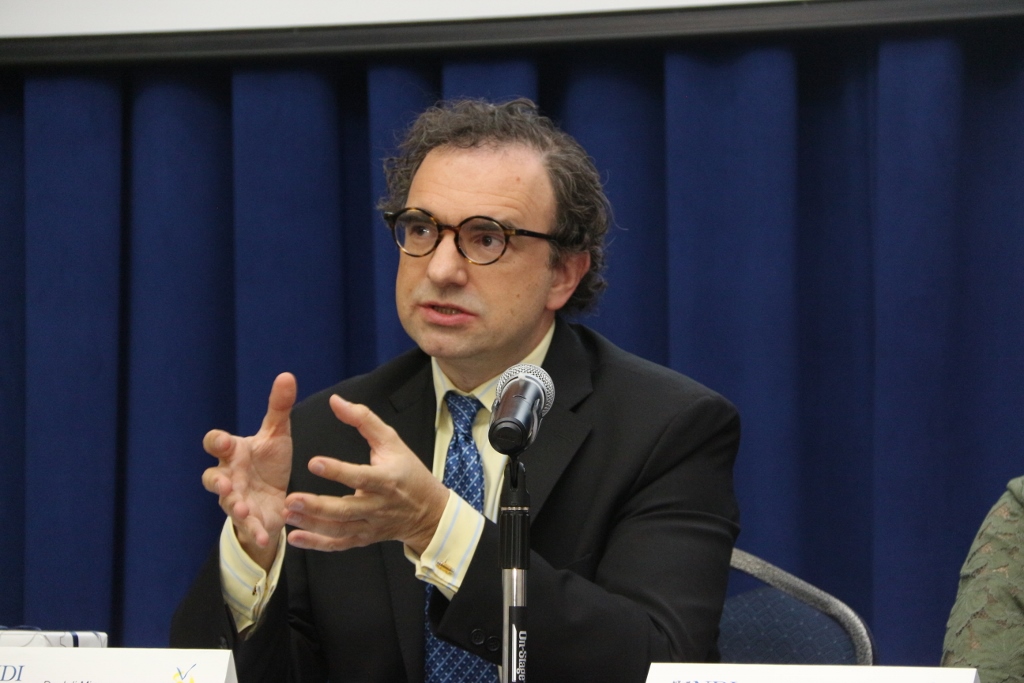 Addressing more than 100 delegates, LI President Dr Juli Minoves insisted that the abuse women in politics suffer is not only physical or sexual but psychological and liberals in government and opposition around the world are leading the efforts to offer solutions and strategies to end gender-based violence, especially violence against women in politics. “Something that happens with Violence Against Women-Politicians is that there is very little self-acknowledgement that this is happening in society and that it goes much beyond physical violence, the internet abuse is getting more and more intense” he said. 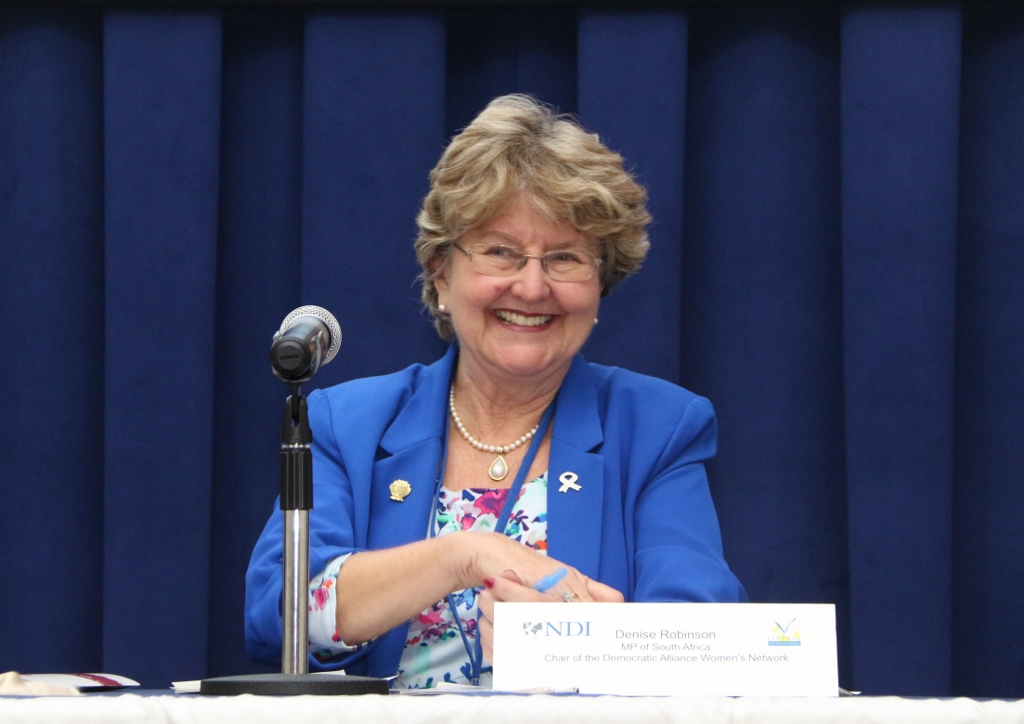 Speaking on behalf of INLW, Democratic Alliance Member of Parliament Denise Robinson, emphasized that “stronger legislation needs to go hand in hand with stronger implementation and monitoring when it comes to ending violence against women including violence against politically active women.” Even within liberal parties this attitude occurs and must be addressed. 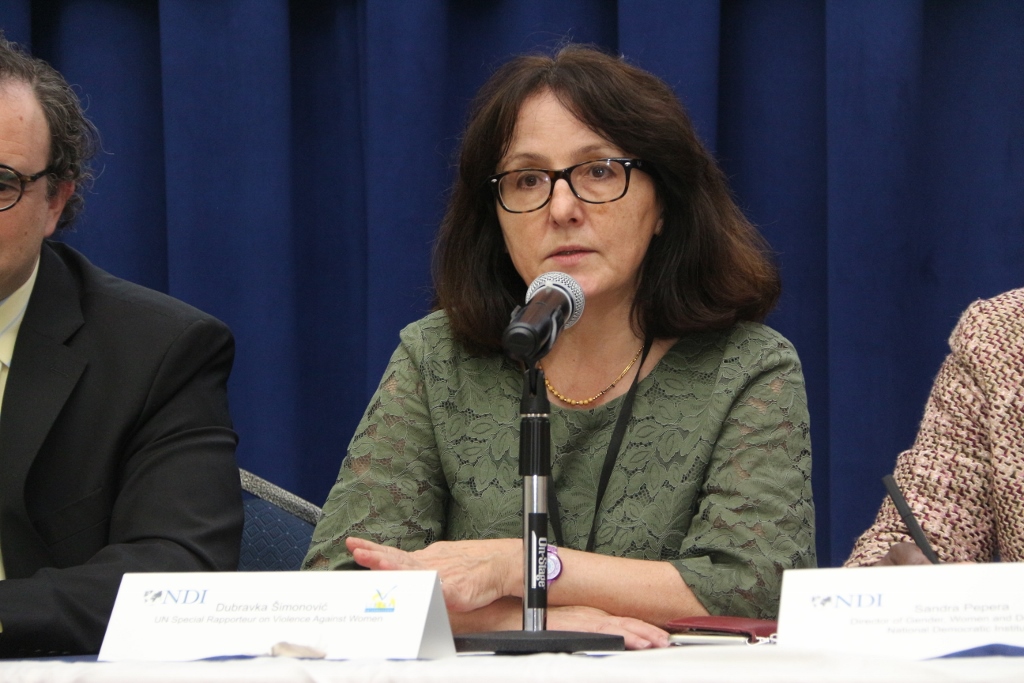 Liberal International has been at the forefront of the issue. Most recently, LI HRC Member Marina Schuster (FDP) participated in a closed expert hearing meeting with H.E. Dubravka Simonovic where she highlighted efforts of liberals in government and opposition to support women in politics and end all forms of discrimination and abuse against politically active women.

Special rapporteur Dubravka Simonovic is compiling an important report on the situation in the world concerning violence against women involved in politics. INLW is encouraging its members to file their own experiences and send this via NDI to the Special Rapporteur. This fall the report will be presented at the UN.

For information on how to file your experiences for the Rapporteur, you can contact inlw@inlw.org 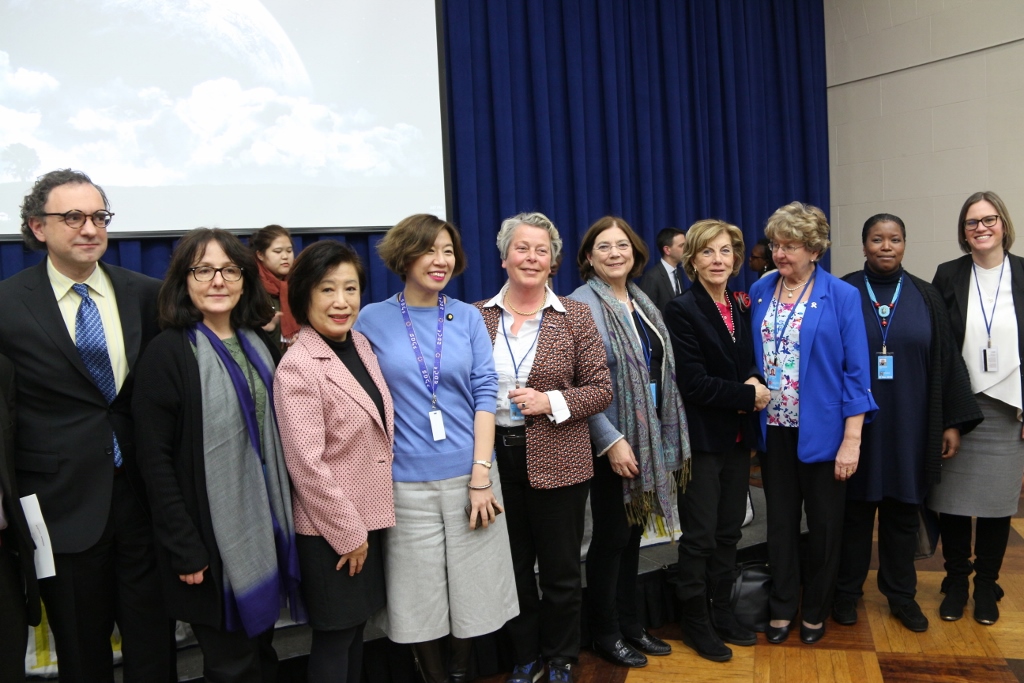 The conclusion of all the participants on the panel was, that there is still a lot of important work all around the world needed, to change the attitude towards women in politics.